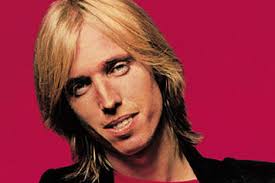 I have always liked Tom Petty. He has been one of my fave. singers since like 1980 and ever since then I have always been hoping to see him live in concert.Yesterday I finally had my chance….or so I THOUGHT, but, as with most everything in life for me, it didn’t work out, another fatality of my cursed bad luck that always seems to follow me. I found out in summer he would be having a concert 2 HRS away and I was THRILLED and right away went online to buy tickets. Of course with MY luck, the only ones left available cost 300$ and my hubby scoffed he’s “NOT ‘wasting’ 300$ on a ‘stupid’ concert” and that was that. My dream had deflated in a matter of seconds. *I* have no $$$$ as I am saving up every cent for our trip next year. Apparatnly I’m not worth a 300$ “date” even though we haven’t been out together in ages. I bet he wouldn’t think it was a “waste” to spend 300$ on a stupid loser HOCKEY game for HIMSELF though! Such is my life.Things hardly EVER work out for me, go right or in my favour.When I get excited about something it usually falls apart and I end up disappointed. I really don’t have much luck with anything and even though I sincerely AM trying my best to try and look on the “bright” side and to NOT let the little things “get” to me as much it’s really hard when they just KEEP on going wrong, working against me all the time and it all adds up and I never get a break. How can I possibly try and be positive when there’s only always so much negative and never ends? I just want to see Tom Petty; is that too much to ask? Remember the Lenny Kravitz concert? I tried 3 TIMES before I FINALLY got to see him; the first time I had tickets but his mother died and they cancelled the concert. The second time we went all the way down there(a 2 HR drive each way) and found out he was sick and they’d cancelled it and postponed it for 6 months. The third time I actually finally got to see him at long last, but of course not without all that trouble first; nothing,and I mean NOTHING, comes “easy” for me or ever works out the first time(or even the second or third, or even fourth or fifth in many cases!)even if it does for anyone else. Such is the story of my life. My last name should have been “Murphy”; as in “Murphy’s Law.”