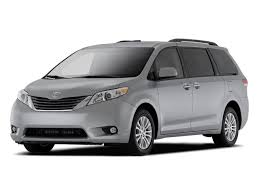 We got out new van! It’s a grey Toyota(insert Toyota recall joke here) Sienna. We were arguing over the colour; me and 2 others said it’s grey but my hubby and everyone else(blindly following HIM even though it’s well known he’s colour blind!) insisted it’s blue…..so I said to look on the papers and see what colour was officially listed and I WAS RIGHT, so HAH!! I KNEW it! It has that nice new car smell inside, like a pair of new leather shoes and even has airbags at the sides! I feel “disloyal” to our old van though and feel badly getting rid of it and even had to give it a kiss goodbye.

Our son also found a cute room in a funky apt. for summer, from May-Aug. in another city, 6 HRS away from where he’s at university but only 2 HRS away from us, so we can visit more! He’s planning on getting a summer job at a bank there.I can’t BELIEVE he’s half-way thru university already!! He also found a cell phone on the street and it had hundreds of NAKED pictures of some skanky whore; I told him he should have put it up on Youtube; it would serve her right for being such a big slut! He thought it was both gross and funny.He’s staying in the city for a few days and heading back to school for exams soon.