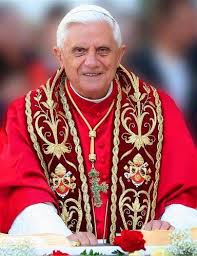 This keeps getting worse and worse: now there are reports of a letter from the 80’s that surfaced where the Pope admits he DID in fact, know about the clergy pedophilia but chose to cover it up(and NOT remove the offending priest at the time despite repeated protests from the Bishop to do so) for “the benefit of the universal church”; he feared it would cause a scandal, but now this has all blown up and appears to have  been covered up it’s even MORE of a scandal and even WORSE! It seems to be looking worse for him all the time and I am ashamed  to be a Catholic during this; it makes ALL of us look bad; ruins the reputation of the entire Church(even though you can’t blame all for some) and I think the best thing to do would be for the Vatican to accept responsibility,make amends and do the right thing by the victims and for justice, and for the Pope to resign….for the good of the Church.The CHURCH(and the doctrine) is still true, and the faithful must remind themselves of that and to stay true, but it is also our responsibility to NOT follow,accept,excuse,condone, defend, or cover up, untruth, evil,sin, and apostacy. To further worsen it, the Vatican tries to discredit these latest facts and accuse it’s “anti-Catholic” and just twisted the wrong way and taken out of context by enemies of the Church, and comparable to attacks the Jews suffered in the Holocaust, which to me is going WAY too far! If a wrong was committed, own up to it, rectify it, take responsibility, apologize and STOP MAKING EXCUSES!! The Pope of all people is held to higher standards and has a great moral responsibility and example to be upheld and exemplified.