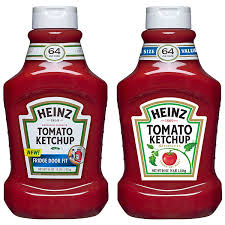 Catching up on what we’ve been up to:

The 3 YR old continues to be an unholy terror: he tried to push the 6 YR old off the trampoline, threw her piece of cake in the sink, bit and pinched her, kicked and hit the 8 and 10 YR olds, poured out an entire box of cereal all over the floor, and snuck off and turned on the dishwasher and made toast and burned it; this is how I noticed; I smelled the smoke! He seriously makes Dennis the Menace look like a little angel!(yet you CAN’T watch him 24 HRS a day! Meals need to be cooked, the kids need to be homeschooled, etc.and the instant you turn your back he’s off into trouble!) He was funny as well: he walked by and saw sports(I had muted) on the news and made an “L” shape with his thumb and finger and put it up to his forehead and goes,”LOSERS!” The 12 YR old also had another nose bleed(and each time he does it sends me into a panic the cancer is back,even though he saw the oncologist just last month and his blood counts were normal) and now my cousins’ wife’s tests indicate their baby may have Cystic Fibrosis, but I doubt it; I think the test’s just wrong, esp. since it’s genetic and their other 3 kids don’t have it and both parents have to be carriers to get it and no one else on either sides of the family have it(my hubby’s sister’s boyfriend’s son DID have CF; he had a double lung transplant and died 9 months later of pneumonia; he was 22)….but it disturbed me that ABORTION might be an “option” as they “can’t handle a handicapped child”, but you never know what you can handle until it happens; like we never thought we’d survive our fire, our son’s leukemia, an enemy endangering us, etc. but we DID; God gets you thru it and gives you strength you never even knew you had.I hope and pray all is well but if not that she chooses life; it;’s no reason to kill the baby even if it does have defects; it’s like Hitler’s Nazi eugenics; weeding out and eliminating “defective” or “inferior” ones. I couldn’t even LOOK at someone who was heartless and callous enough to kill their own baby! The losers next door also threw a hockey stick and it went flying over the fence and landed in our pool “swamp” water and sunk all the way down! Ha ha! it serves them right! I also begun my yearly war on the dandilions!