May today there be peace within.

May you trust God that you are exactly where you are meant to be.

May you not forget the infinite possibilities that are born of faith.

May you use those gifts that you have received, and pass on the love that has been given to you.

May you be content knowing you are a child of God.

Let this presence settle into your bones, and allow your soul the freedom to sing, dance, praise and love.

It is there for each and every one of us. 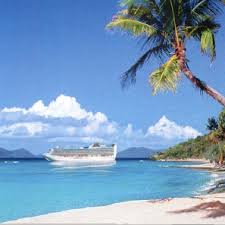 It looks like our next family trip will be April next year to a different part of the Caribbean than we went to last time. This one is 2 weeks and goes to Barbados,Grenada,Dutch Antilles, British Virgin Islands(I have ben to the American one) Antigua, St. Lucia,St. Vincent, Trinidad and also to Turks and Caicos(I have been to) and St. Maarten(I have also been to before). We will be taking the 2  2nd and 3rd youngest kids this time. It is at the same time as one of their First Communion(they do in April, but generally at the end) but hope it won’t conflict, or if it does that we can make other alternate arrangements, such as her having it done in private with the priest(as opposed to with the group) or during regular Mass. We have to book a year ahead,and,in fact, the original date we wanted is already full! God laways has a way of working things out,however…we left it with both Him and the travel agent!

My son also asked me about the “art” of suntanning, and I proceeded to tell him the exact “science” I have it down to; how long you have to tan for, that you have to flip over so both sides get evenly tanned, how you have to tan daily(or pretty much daily) to maintain it from fading,always facing the sun,and how you have to start gradually(1-2 HRS) and build up to longer periods(4-5 HRS) to avoid a burn, that hotter sun(25C plus) you need less time tanning and cooler temps(15C) mean you have to stay in the sun longer for the same result,and the “magic formula”(drops of iodine in a bottle of baby oil) I use for a rich, deep, dark tan, and how swimming intensifies the sun,etc. I think it’s one of his goals this year to turn from a pasty white boy into a dark tanned “Guido”, ha ha! This year I got to start tanning early; in early MARCH; usually not until mid-April, but it has been unseasonably mild and I’m already dark and look like an Indian! 🙂