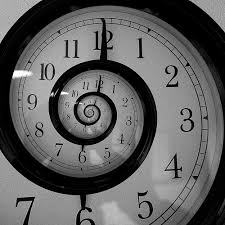 I have been having dreams lately about time travelling. I would love to do it if it were possible. Where would I choose to go if I could? Back to the time of ancient Egypt; the time of the Pharaohs,Medieval period, and to the 1800’s, the 1920’s and the 1950’s.Ancient times would be an interesting time to live, in early civilization, and Medieval times because I love the clothing of the era and the chivalry and “romanticism” of the times. The 1800’s were a time of propriety, good manners, etiquette, and faith and I liked their fashions as well, and the 1920’s would be interesting; the “Flapper” era and the time of jazz and Blues. The 1950’s would be a good time as well as I admire the era of strong families, morals and values and religious upbringing.Society was moral and proper in the 1800’s and 1950’s; it would have been a nice time to raise a family, unlike today with a decaying, sinful and immoral society that banishes and disregards God and His Laws, destroys families,has increasing state intrusion into our lives, families and freedoms, looks down on morality and truth and encourages lives and choices of selfishness, sin, violence,greed, and promotes feminism, worship of the environment instead of God and champions animal rights over that of humans,disregards the value of life and is generally displeasing to God. Earlier times were simpler times and morally stronger times, with less divorce, family dysfunction, less crime and violence, and where family mattered and the mother stayed home and raised her kids instead of being a “career-bitch” and farming the kids off to daycare to be raised by strangers and indoctrinated by the state. If only time travel WAS possible; we could go BACK and undo all the wrongs and make things RIGHT with the world, society, humanity and with God once again.We could start over again.