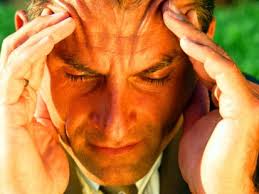 What a weird day yesterday was! I had this weird dream that I was 5 mos. prego but that I never knew it, and the hubby came back from a booking(our home business) clutching his head, hunched over and moaning, saying his head was “killing” him and that he’d barfed a few times and had to stop driving on the way home and pulling over! Sounds like how *I* feel with my immobilizing headaches!(but he never gets these; this is the first!) Then he layed on the couch and fell asleep! I’d wondered if he’d maybe hit his head and had a brain injury but he didn’t think he did.I “tested” him for pupil reaction and asked him basic questions to see if he knew the answers or if he slurred and he passed! It was the weirdest thing and it just came on so suddenly….he doesn’t have a fever though(so likely not a virus) and didn’t feel queasy in his stomach; he just barfed; like from the pain(just as long as NOT from bleeding in the brain or fluid pressure or swelling or something from an injury, or even  a stroke or aneurysm)…sometimes I think I know too MUCH medical stuff!!

We also got the ok from our travel agent that our trip for next April got booked ok, which was a huge relief, but also heard on the news our new Toyota van is being RECALLED; something about the tire coming loose and flying off, causing an accident. Typical with our bad luck; we always seem to get all the  defective, recalled, pieces missing, broken products ever made and I don’t know how many times we’ve been told by the company/store/repairman that this only  happens about one-out-of-a-million, which always seems to end up US! It figures.We must be a piece-of-shit magnet!!We also saw a “retarded” bird fly straight into our canopy and sort of “bounce” off, but I guess it flew away as I didn’t see it laying on the ground dead or anything.What a weird day THAT was!! Makes me wonder what TODAY has in store for us? Hmmmmm….