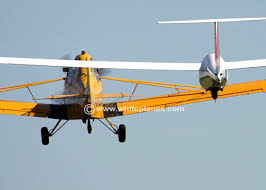 2 of the kids were excited to go gliding with Cadets,and of course with OUR luck it was cancelled! It figures. I should have known. Hubby’s headache is now a bit better; not too bad as long as he doesn’t bend over so maybe it’s a migraine? Now he has an idea what I feel like with my immobilizing headaches! Weird though how it just suddenly came out of nowhere and he’s never had anything like that before; just “normal” ones.On the way to church yest. I also saw an ambulance, 2 firetrucks and a police cruiser go into the old folks’ apt; someone likely had a heart attack would be my guess. I said a little prayer for them(as I do every time I hear a siren) and I guess they’re used to going to that address and probably do several times a month! I was finally able to get out and tan again too after being cold and rainy for 2-3 days.The other night got so cold in fact I had to get my sleeping bag out of my closet and put it on my bed!Next month I plant my garden,too.