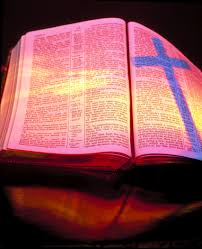 My son(away at university) complained to me recently he doesn’t like it that I always send him “biased, one-sided” articles.The way I see it though is he’s already surrounded  and influenced by the secular worldview and he needs to see the other side which isn’t so widely advertised; which counteracts with the immoral sinful world’s way. It’s very easy to see and know what they think and how they do things; I want him to be exposed to God’s ways/laws,etc. He needs to be reminded of what’s true and right which can easily be lost and even suppressed and censored in the world he’s in; they certainly aren’t going to bring it up in the university or in the press or on the news; the only way is when I remind him, and so also he doesn’t think it’s just me that thinks so/sees things like that/says that etc.I don’t want him to be swayed by the world and to lose his values and to be indoctrinated and brainwashed by the secular world that engulfs him, be it on sexuality, environmentalism, what they teach in the schools,etc. I want him to always be informed on the Church’s stance and what righteous Christians in general think and react on current events.I am his “link” to Biblical worldview and I want to keep him informed and updated. It’s my job to raise him godly and even though he’s now an adult and on his own he”s still my son and I will always be looking out for his well-being and that incl. his spiritual well-being.I still want him to make godly choices and to not be influenced by the sinful world and to be led astray, perhaps even without his knowing it.He needs to be armed and aware at all times.Everyone needs a moral compass to guide them and make sure they stay on the right path.I keep him reminded!