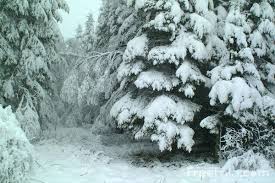 I keep on seeing increasingly more and more signs of the “Last Days” before Jesus’ return lately, those of increased natural disasters,unusual weather patterns, pestilences, and global economic collapse, such as the recent earthquakes and now Australia has a plague of locusts(reminding me of the one in ancient Egypt) which is crippling the country and paralyzing their agriculture,and now Greece is on the brink of economic collapse thereby also affecting the entire European Union and ultimately the rest of the  world, economy,and let us not forget the recent recession of just last year,and now my son said where he is they just got 10cm SNOW and it’s almost MAY! Definitely unusual weather patterns, increased natural disasters and pestilences and economic woes affecting many. What next? Annihilation of many nations(does that mean literally; such as being submerged by a tsunami or flattened by earthquakes?) or financially,( such as economic collapse?) and fire falling from the sky(meteors perhaps?) Time will tell but there is a definite “buzz” in the air and things are clearly “shifting” and happening at an increased pace;indications of God fed up with all the sin, evil and immorality in the world, indifference(and even hatred and disregard) towards Him and His Word,devaluing of human life, false religion and  the like; He will not be mocked and is ready to judge the earth.I’m excited!!