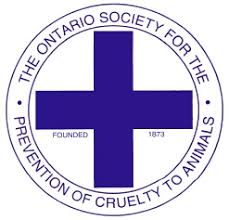 Everything about this story is just plain CRAZY!! The OSPCA has decided with a ringworm breakout in it’s shelter(a contagious, but curable fungal virus) they will euthanize all 350 or so animals in the shelter to prevent an epidemic outbreak that can also affect humans. There is a huge protest going on and people are trespassing, blocking workers as they drive past, carrying signs and yelling “Killers!” “Murderers!” etc. and crying and carrying on about the “poor animals” being needlessly killed, etc. and even going as far as threatening DEATH threats to the workers. So, in their minds, it’s wrong to kill ANIMALS but nothing wrong with threatening to kill PEOPLE? I also bet that these same people think nothing of killing an unborn child and support abortion….but are up in arms about putting down ANIMALS!!! People sure have their priorities wrong and care more about animals and animal rights and welfare than they do about people! These people that zealously protest killing animals are the same ones threatening to kill people. Something is seriously wrong and screwed up here; it’s CRAZY!