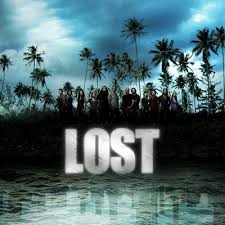 Well, it’s over. After 6 YRS(I can’t believe it’s been that long!) “Lost” is finally over. The finale was about love, death,life, friendship,redemption,forgiveness,loyalty,sacrifice and healing, but still many questions remained unanswered, such as what were Walt’s special abilities?” What was The Man in Black/Smoke Monster’s name? Who were the brothers? Where they to represent Cain and Abel from the Bible, or perhaps Jacob and Esau? What exactly WAS the light in the waterfall/cave? They said it was the “source of life and death and the heart of the island” but was it  the Garden of Eden? Shangri-la? What was the significance of the “cork” being undone?(and is that what made the Smoke Monster mortal and able to be killed, and why Richard started to finally age?) Is it like  the mythical Pandora’s Box, unleashing evil and chaos upon the earth? Was it opening the doors of Hell and releasing demons? Was the Smoke Monster a demon or even the Devil himself? Was Jacob an angel?Was the island like Purgatory where they had to make peace with themselves and their flaws before they could move on after death?Was there any meaning to the music box Claire’s father left her after he died? What about the rumor that Jacob had a child and it was supposed to be one of the “Oceanic Six?” Was Charles Widmore really a good guy in the end since he tried to prevent the Smoke Monster from leaving the island? Why did Desmond have immunity to electro magnetism and was the Grim Reaper of a sort, etc… I enjoyed the show and although I am glad to see some questions answered(but it was sad they were all dead) I am going to miss it and the intrigue, suspense, conversations and theories it stirred up.