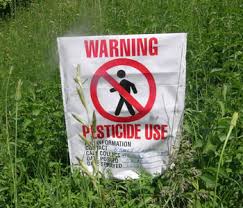 Since Big Brother has banned all lawn and other pesticides bowing in to pressure from the zealous enviro-freaks, our lawn care company has now been for this season and last using an all natural organic weed killer instead of the former pesticides we used to get which actually WORKED and killed our dandilions! Now, this enviro-friendly crap is shitless! It doesn’t even work! It’s some natural fungus thing they put on the weed and it’s supposed to kill it(last year we only had 3 dandilions)….only it doesn’t and I dug up a entire big leaf- bag full of live, perfectly healthy ,thriving ,dandilions; there were only 3 dead brown ones and it was over the 2 weeks period they said it took to take effect! What CRAP! I wish I could go over to USA(where it’s not banned) and just buy the pesticides myself,smuggle it over the border like some drug dealer, and put it on; at least I know it works! I don’t care WHAT the tree-huggers or the gov’t say or ban; I just DON’T want dandilions! This all-natural crap doesn’t work and the pesticides did! From now on we’re not even getting our grass sprayed by the lawn co. anymore; we’ll just go to the store and buy what weed killer we can and spray it ourselves; it’ll do just as “good” a job(if not better) and for a cheaper price,too; saving us 150$ a year, which was worth it when it actually worked and our lawn was blissfully dandilion free, but this organic shit you might as well not have even used anything at all; it made NO DIFFERENCE! I’m tired of Big Brother telling me what I can,and cannot, do and use, on my OWN PROPERTY! If I want to use pesticides they shouldn’t(and don’t) have the right to tell me not to, and to outright ban it! I say ban the enviro-freaks(who started this whole mess and indoctrination, propaganda and brainwashing and earth worship foolishness) in the first place, not pesticides! I will try the Scott’s Ecosense Weed B Gone with iron; it looks like it works(based on online reviews I’ve read,anyway); probably still NOT as good as the pesticides but likely better than that stupid fungus! I don’t want our property looking like some slum or over-grown unkempt weed field and who is the gov’t to tell me that I can’t maintain it?Shit.