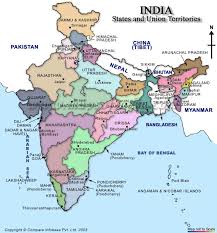 The 3 YR old was watching this YouTube video called “Learn alphabet” which was from India, by Indians teaching other Indians the English alphabet and words that begin with each letter and the way they pronounce it had me laughing my ass off! They said so many of the words wrong, it was hilarious, and I can just envision thousands, if not millions, of young children from India learning to say all these English words incorrectly, and now my 3 YR old will start pronouncing them that way,too! A few examples are: “Horse” was pronounced as “hoss”, “North” was “noth” and “V” words seemed to be  specially affected ones, with “village” as “vill- AGE” and “vegetable” as “veggie-TABLE” and “violet” as “wiolet”, “quiet” was spelled “quite” and for “G” they had this elephant picture and the word “Ganapati” I have NO idea what the hell that is but they were really excited and freaking out over it, whatever it was! I was laughing so hard watching it that I was crying.Just a note here: if you’re going to teach someone any  foreign language, it’s best to have a native speaker teach it so that you learn the correct pronounciations! It was a cute enough video otherwise, and I have nothing against India, but it was just the funniest thing and I was cracking up!