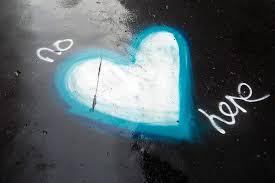 Every time I hear The Payola’s song “Where is this love?” I think of my grandfather(he would be 100 YRS old now).2 YRS  ago my grandmother’s nephew told me about a story he’d heard about him, and it all made sense why he was the way he was. He died 20 YRS ago and we never got along; he’d always make these racist remarks and we’d get into arguments. He was also a very cold, aloof, unloving,stand-off-ish and unaffectionate man who basically ignored me.When I would go visit my grandparents as a child  my grandmother was with me and he’d be upstairs or in another room. Now I can understand why after I heard the story. The song also reminds me of him. He grew up in a large family on a farm. One day when he was 14 his drunken father beat him unconscious in the barn and his mother found him, half-dead and told him he had to leave that night, right away, and never come back or his father would kill him next time, so she said goodbye and sent him off,and as far as I know, may never have seen him ever again or even known what happened to him.This is the only “tidbit” I have of his life; no other details. As a mother this is heartbreaking to me and when I heard the story one of my sons was 14 at the time and I couldn’t even imagine HIM in that situation!It just made me heartsick and I cried. He left so quickly he never even had shoes and the kindly farmer next door gave him a pair of boots. The story goes he went from farm to farm, working and sleeping in  barns to support himself until he joined the army, met and married my grandmother(in his 30’s) and had my father, their only child. He also had nothing to do with the raising of his son, and showed no interest or affection towards him and the job was left solely to my grandmother, his mother. Perhaps he was afraid raising a child he’d end up like his own father, or maybe he just never knew HOW to love,bond, never being shown a father’s love himself he just didn’t know HOW to be a father and how to love. It certainly explains, now I know this, why he was the way he was.Oftentimes, the most angry people are also the most hurt, and you never know what has happened in people’s lives that made them the way they are; angry, short-tempered, depressed, full of rage or hate,unable to show emotion or love, pushing people away, etc.. we have no idea what trauma, abuse,rejection,loss, hardships, etc. they must have had in their lives that made them the way they are; we never REALLY know people or what they have suffered and been thru;why they can be so difficult, angry,lashing  out, or “unlovable” but God knows, and He understands. It breaks my heart as I imagine my grandfather as a young boy having to endure this,picturing the image in my mind, having such a bad family situation and having to leave home at such a young age. I never did really “like” him or get along with him, but now at least I UNDERSTAND him,and I feel badly for what he has been thru.I now see him thru different eyes and with compassion and love.