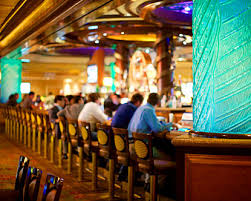 In 1977 when I was 10 YRS old there was a movie called “Looking for Mr.Goodbar.” It was about a teacher for the deaf who trolled bars at night picking up strange men for sex, devoid of any morals or dignity and ended up dead at the hands of one of these perverted strangers. Fast-forward now, to real life and current time and there is a case now where a young man has been charged with killing a woman in Peru he picked up at a casino and took back to his hotel room, eerily similar to a case 5 YRS ago involving this same man picking up a teen on vacation at a bar in Aruba and bringing her to a beach to have sex and then she disappeared and he was always considered the main suspect in her murder although it could never be proven and he was released. This time,however,he was basically caught red-handed and confessed to the crime. Now, what makes me wonder is this: WHAT the hell WERE these girls THINKING, going to bars to pick up men in the first place and then leaving with strangers and having sex with them; I mean, what kind of people do they THINK go to these places and pick up strangers? I mean, I would EXPECT that they WOULD be weird! Not exactly the most trustworthy, moral, upright people here folks, that troll at bars in the first place, so what did they THINK might happen? No one “deserves” to get murdered, of course, not even  ditzy drunken bar-skanks, but come on; where is their common sense? their decency? their morality? What kind of people DO this kind of thing, and what kind of people pick up strangers in a bar? What do they expect? A little common sense goes a long way! So, as well, does a godly lifestyle, caution and general clean living. It looks like they’ve both FOUND “Mr. Goodbar!” if you go trolling at bars and casinos the chances are you’re going to find TROLLS! I hope this case(and countless others like it) will make people use their head and THINK and reconsider the “party” lifestyle and to NOT pick up/be picked up/ by strangers! Have good, clean, safe fun and always in a group and don’t ever be alone, or leave alone with, with someone you just met and don’t know, and certainly don’t get drunk and go and have sex, either! God’s laws, when followed, not only safeguard our hearts, minds and souls, but physical safety and lives as well! They are to protect us!!Use them; they are there for a reason; not to oppress us but to safeguard us!