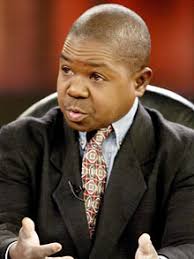 Officially actor Gary Coleman died recently from a brain hemmorage supposedly caused by a “fall”, but myself, and now it seems many others as well, are suspicious and questioning this,and even wondering if he may have actually been murdered instead. Why? His “wife”(they were said to have been recently divorced, so why she was in the house with him, I don’t know) placed the 9-11 call saying he “fell” (yet there was never any  explanation as to HOW, WHERE and WHY he “fell”)yet she was upstairs and he was downstairs; she’d just heard a bang and *assumed* he’d fallen; she never went to actually LOOK(unless of course SHE had pushed or hit him and already knew, that is),and when the 9-11 operator told her to go check she was hesitant and gave one of what was to be many, lame excuses as to why she “couldn’t” go see and go help him; she was balking and hesitating at all the suggestions to aid him, such as to go look, claiming there’s blood everywhere and she can’t “deal” with it(how did she KNOW there even WAS a lot of blood if she hadn’t looked?) and then told to apply pressure at the back of his bleeding head she refused once again saying it grossed her out all that blood, and when directed to drive him to the hospital she dawdled again and claimed she “couldn’t drive” as she “has seizures”(yet told a reporter before how he was good to her and bought her a CAR…but what? I thought she said she CAN’T drive?); always some excuse! There had also been earlier reports she was physically abusive during their marriage, so could she have, perhaps, even hit him over the head with something and killed him, a frying pan, perhaps, or a rolling pin, or even a baseball bat or something? She was also so quick to take him off life-support(which in itself is an act of murder!) and  despite being legally divorced from him; why would she even have the legal right to decide to unplug him,and was quick to try and get him cremated; perhaps to ensure he would indeed die and not wake up and be able to tell people what REALLY happened, and so that she could cash in on his money,and destroy evidence so a possible murder wouldn’t show up in an autopsy? Hmmmmm, then in yet another despicable act she not only took but SOLD graphic photos of him dying and dead, to a tabloid! It all seems to be about money to her and her cold, stalling and uncaring refusal to administer aid to him has me very suspicious! I mean, if someone *I* loved was injured and bleeding I wouldn’t even THINK about the blood or getting it on me, or anything other than getting them the quickest help possible, right? The one and only concern at that point would be to try to frantically save their life! Something smells rotten here and I am hoping the police see it too and investigate into this and that he hasn’t been cremated yet…things just sound “fishy” to me and just don’t add up; was it indeed a crime?