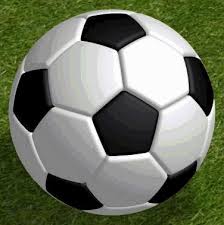 When I was a little kid, I used to call soccer “sucker.” Now, I have nothing “against” it; I just don’t care for sports in general, although it still IS a step “above” hockey(but I don’t think much of those soccer hooligans!) What I hate is that due to the World Cup(which I found out lasts for an entire MONTH!!) is that I miss “Jeopardy!” I missed it for 2 days in a ROW so far, and now I worry I’ll miss it for a whole month! Why can’t they just put the stupid sports on the SPORTS channels where it belongs? If they want it they can pay for it and watch it 24 HRS a day, 7 days a week, if they want, but the rest of us us still get OUR regular shows, too,so that way everyone’s happy! I mean, we pay for OUR satellite service too but between the dumb Olympics, hockey finals and now the soccer(not to mention the stupid Superbowl and Grey Cup football that was on,too!), we’ve missed so much of our shows! Why should we always have to be the ones that miss out all the time? I saw a poll 71% of people surveyed said they aren’t even interested in it and won’t be watching any of it(I am in that group!) so why should some 30% of people be able to disrupt 71%? It hardly seems fair or right,and this is my biggest pet-peeve; missing my regular shows pre-empted for loser sports! Funny as well: they call soccer “football” in Europe and when the 3 YR old saw this on a YouTube video(teaching kids how to spell and read) he got mad and said(they showed a picture of a soccer ball) “Noooo, that NOT ‘football’ that soccer!” It was so funny!Or, as I used to call it, “sucker!”