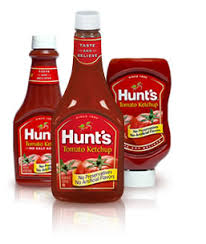 Catching up on our goings-on lately:

Our son finally found a summer job(before he returns to university in the fall) at a place processing insurance claims for British Petroleum.His friend(who lived in Alberta) also came by for a visit; back in town,and is now in the air force. We had our church picnic and found out our new priest(coming in July) is in his early 50’s and so I wonder if he’s that same nice, funny, cool guy we had before(relieving ours on holiday) that I really liked. I hope so. I also hope whoever he is that he doesn’t start changing things either; like eliminating the Sunday PM Mass or the kids’ annual summer Bible camp. I got the new Tom Petty CD( “Mojo”) as well, saw a squirrel raping another one while 6 others watched, and got confused in Walmart; I couldn’t figure out where to go when the automated thing directed me to go to cash #2 and I ended up on the wrong side of the desk, and I seriously think I MUST have a brain tumour, either that or Alzheimers(even though I’m only 43, so I’d think the tumour is most likely) as I am getting worse all the time,increasing tiredness and headaches,unable to follow directions, forgetfulness, spelling words wrong(esp. when I USED to be a good speller!), reversing things, having words come out wrong; jumbled or in the wrong order(incl. many what they call “spoonerisms”)getting confused and having a hard time with EVERYHTING, even trying to navigate my way thru the practicalities of life is frustrating(such as the event at Walmart is an example) calling items by the wrong names(eg. I called a bathingsuit a ” pajamas”) forgetting common words,etc. the list goes on and on and it is frustrating and baffling…and worsening.I heard stress can cause forgetfulness and mental decline, and I certainly qualify, but would it really be that bad and severe?