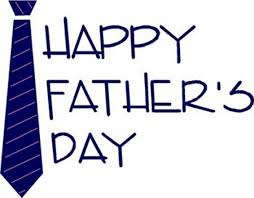 Today is Father’s Day. As a kid, it was a day that was hard for me, embarrassing and a day I could never relate to. I hadn’t seen my own father since I was 2 and always felt left out when the class made Father’s Day cards and such. People would always ask me questions about my father and I didn’t know the answers to and they thought it,and I, was weird. I was the only kid back then in the 70’s that DIDN’T have a father(and had a working mother AND was an only child as well!) and I felt like a freak. Generally it wasn’t something people talked about(so most of the time I was fairly “safe” form my shame the rest of the year) but they always brought it up around Father’s Day and the teachers would as well and I never wanted to draw the stupid cards and held back tears and just wanted to go and hide somewhere.It was a world alien to me, and I had no idea what it was like to have a father in the home, or what his role was.I’ll never know from my own perspective. I never actually felt I missed out(as it was all I knew) NOT having one but I WAS keenly aware that I was very different than everyone else and to a kid this was social suicide! I felt ashamed, uneasy, embarrassed, left out and it gave me knots in my stomach every year when Father’s Day rolled around and I wasn’t a part of it and it was a glaring reminder to me how different I really was; rubbing my nose in it  that I wasn’t like other people; they had a dad, and likely took it for granted and Father’s Day was a yearly slap in the face to me. I still can’t really relate to it(and it makes me uneasy even to this day; the memories of it,and I’m still not quite sure what to “do” with it), but luckily it’s not something my kids have a problem with and for that I am greatly relieved and grateful.Happy Father’s Day! 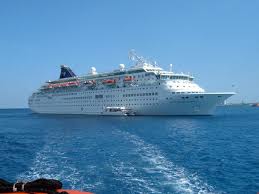 Just OUR “luck!” Our travel agent told us the cruiseline said they never GOT our deposit and without even telling us(or her) they cancelled our reservation and gave our cabin to someone else! She only found out calling to arrange airline reservations and when they got out  our file they told her,and this happened 2 MONTHS ago! We had the trip booked for April 2011,but luckily she WAS able to re-book(that it wasn’t all sold out!) but it’s for a more expensive cabin, but we made it clear since it WAS their fault that we’re NOT paying the extra cost, but the same price as our former cabin,and it’s the least  they can do considering what they put us thru and we almost lost out trip because of them!(Actually, they should do even  more; like one fare free!) They even tried to blame the travel agent as well, saying she never TOLD them to put the deposit down, but she did and has detailed records and notes to prove it; she did tell them but they never put it on our credit card! We are so mad, and we’re good customers too; this is my 6th cruise(and 5th with them) and this is NO way to treat us! The travel agent said this has never happened to her before, but these kind of things ALWAYS happen to US; we have the most incredible and unbelievable bad luck and things always go wrong for us! I’m not surprised actually…but AM pissed-off!