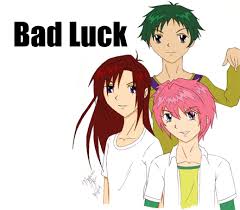 Does our bad luck EVER end? The electrician came, and I was so hopeful the new pool pump would finally be put in but of course with OUR bad luck I just KNEW it wouldn’t(HOPE for the best but EXPECT the worst) and that something would go wrong…..and of course it DID! It’s STILL not done ; he said something not being “up to code” and extensive work has to be done and he doesn’t have the time to do it now and will “get back to us later”(when?tomorrow’s a holiday and then it’s the weekend; next week? 2 weeks? next MONTH?) I am so SICK of this! The way things are going the summer will be over and we still won’t have the pump running and it will be time to close the pool, or it’ll become so infested with algae we won’t even be able to use it!It shouldn’t take this long; within 1-2 days you should have a new pump installed!So far it’s been since last FRIDAY and still no closer! How long until we get the pool up and running again,and BEFORE the algae sets in,and the longer it goes, the more likely! NOTHING EVER GORES RIGHT FOR US and I’m so SICK of it! I just screamed and cried  at the top of my lungs in frustration and rage; I KNEW something would go wrong and it wouldn’t work out, I just KNEW it and years of constant(and guaranteed)never ending  bad luck has taken it’s toll and I’m so defeated and discouraged and it seems like we’ll NEVER get the pump! It’s ridiculous to take this long and at this point I’m willing to do just about ANYTHING just to make this bad luck STOP; I can’t TAKE any MORE of this, I’m so seriously burned out and sick of this; it’s like I’m CURSED; nothing can ever just go RIGHT! Things always go wrong and we have come to EXPECT it; for us it’s our normal.Why can’t things just work OUT for ONCE????? Seriously….I’ve had enough of this and can’t TAKE it anymore!!!!! I feel so cursed, helpless and trapped in an unending cycle of bad luck I just can’t break! It just follows us! I swear, I HATE my life! 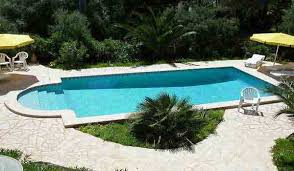 Well, we FINALLY have our pool pump….but now the electrician has to come and wire it in but luckily he’s supposed to be coming later today. The pool guys never came the first 2 days they were supposed to though  but late yesterday they finally did; 3 of them (“The Three Stooges?”) and we got the new pump; an impressive shiny black thing, bigger than the old one and they told us the old one was shoddy(we just had it put in 2 years ago when my mother blew the old one out by backwashing without turning off the power BEFORE switching “gears”) and it turned out it had been attached with….get this(and I’ m NOT kidding!) DUCT TAPE!! Seriously! Can you believe it? I also have a feeling it was actually an old USED one they sold to us as new! It was on the verge of basically blowing up it was under so much pressure and running dry and had overheated! We’ve had the pool without circulating water for days now so to lessen the likelihood of algae(I shudder to think of a repeat of the bad algae problem we had 2 years ago; and I work so hard to keep the pool clean I don’t want it to be all for nothing if we get algae!) I have been running the automatic vacuum for 4 hours every day to circulate the water for awhile(as well as to clean it) and make sure the kids kick extra hard and splash more than usual to get the water moving and making waves as well and putting in extra chemicals. So far so good; the water’s still blue(not green!) but a bit cloudy now; not sparkling clear like it had been although it does get “foggy” when it’s hot,too. So, hopefully by later today the pump will be up and running and everything will be back to normal, unless, of course,something unforeseen happens(which we get a lot of) and we have another delay for some reason, but I hope not…