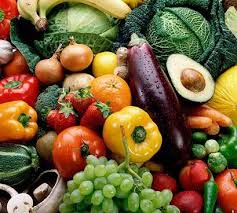 I have always hated vegetables. I am now on a vegetarian diet. Sounds kind of weird, huh? For me, no longer eating meat isn’t a moral issue; I don’t think it’s “cruel” or unethical to eat meat, and I have nothing against other people who eat meat.The rest of my family still does. I have given it up simply to lose weight. I heard by simply eliminating meat from your diet you can lose 20-30 pounds in 6 mos and a friend of mine has done it and confirmed the weight quickly melted off….so here I am: no more meat. It also cuts dangerous cholestral so that’s like a double bonus. It will likely be hard, as I do like meat, but I give it up for 7 weeks every Lenten Friday every year so it’s more of an extension of that.I eat mainly grains and dairy now and get my protein from cheese. I also eat fruit and veggies.I think also  a great part of the idea behind losing weight is no meat does somewhat limit what foods  I can eat, therefore I eat less. Make sense? My 15 YR old jeers now I’m a “vegetarian f*ck” and a “Tree-hugger” etc. but it’s not like that; it’s just merely a diet to lose weight.Nothing more, nothing less. That’s it.So far so good and I can still enjoy the pastas I love, just cheese tortellini,and  spinach or cheese cannelloni instead of meat.Much of the foods I like ARE already meatless as well, such as Linguine with Pesto sauce,macaroni and cheese, falafel,mushroom and green pepper pizza, and potato and peas samosa. With other foods I can also just pick the meat out(and give it to the dog) but there are some I have to ignore outright  such as hamburgers, ham, and turkey.Who knows, as well as losing weight I just might end up being and feeling healthier as well…so far so good and I’ll let you know how it goes!