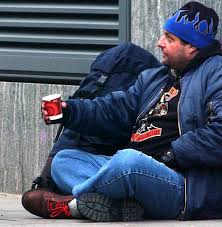 This is something that really irks and irritates me and, well, actually, pisses me off: Internet beggars! They are really no different than the beggars you see in the street, although most of them really ARE in dire straits, whereas the Internet beggars generally are NOT; they just give some(often bogus) sob story of how they are in grave financial need, to cover medical costs, adoption expenses,charities,financial difficulties,fundraisers, home foreclosures, etc. you name it.The thing is , you never can tell who is legit and who is just  scamming for money. I vividly remember the “April Rose” hoax; a woman claimed to be prego with a Trisomy baby who was to die shortly after birth and solicited many donations. I did follow the story(and prayed for her) not knowing it was a scam, but I never did donate money; I am naturally wary of anyone online soliciting for money; you never know who they are and if their story is true.As it turned out, the whole “April Rose” story was phony; there was no pregnancy and no baby. It was an elaborate hoax. I and many others felt very hurt, betrayed, scammed and deceived.That’s the thing; you just can’t tell, and people online are often NOT who they claim to be; pedophiles posing as kids to snare victims is an example of this.This is why I never give money to anyone online and am suspicious and doubtful of anyone who requests it; an automatic “red flag” pops up.I only donate to church charities, legit charities, and to beggars in the street who are homeless. Online beggars really annoy me; there’s so many scams out there and you have to be so careful and vigilant. You can’t blindly believe and trust people.True, some MAY very well be legit, but the fact that so many(I’d say the great majority) are NOT,and this ruins it for the few that are.I also think it’s crass to go begging for money online from strangers and taking advantage of people; it’s nervy,greedy, and low, and I assume it’s a scam.When I come across these I roll my eyes and think to myself,”There’s another one!” I don’t even use my real NAME online(but a screen name) for privacy and security reasons. You can’t be too careful; there’s a lot of weirdos and scam artists out there! Be watchful!