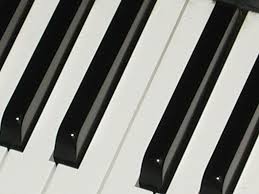 The piano tuner came and as usual found puzzle pieces,coins, and other various gunk stuck under the keys. He tightened things,tuned it, and said there’s a piece we need but he doesn’t have it and will have to come back later. Ours is a Nordheimer, a restored antique we’d just bought shortly before our fire 14 years ago and then it had to go back and be restored again from smoke damage and it was almost lost: of the livingroom floor there was only one beam left that hadn’t burned out: the one under the piano! When it was returned the  restorer we’d bought it from(and returned to be fixed) just cried he was so heartbroken! It cost a whopping 5000$ to repair and the insurance company balked at it and at first had refused to pay….but when they were told by the experts how much it would cost to REPLACE it, they decided that 5000$ to repair it wasn’t so bad, afterall! Our cherry wood piano has had quite an exciting life with us!! It had another injury as well when we’d moved: the movers had broken off the part where the music sheets rest so we had to have the poor thing fixed again.A big concrete chunk  also came loose and broke off the edge of the pool and fell down and there are many more slabs loosening  and one entire side on one wall is coming off as well as the tiles on it. Oh, that’s just “great”; another expense we can’t afford so we’ll just have to get some caulking and glue and fix it ourself; we can’t afford a repairman again,and the pool has become such an expense, esp. lately with the pump and now this.At least with the heatwave we’ve been having we’re getting use out of it and getting our money’s worth; it has earned it’s keep! 🙂