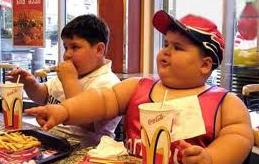 The Big Brother gov’t authorities are becoming more and more intrusive on families’ rights. Families are increasingly coming under attack from the State. In Quebec, for example, YPS(Youth Protective Services) routinely go door-to-door hunting for homeschoolers(eerily reminds me of the Nazis going to each house looking for Jews) and when they are found they are taken to court and YPS tries to have their children seized. The courts generally side with YPS as well and parents are left helpless and vulnerable. They are almost always ordered into the school system and now even younger pre-school-aged kids are being ordered into daycare as well; indoctrinated and away from the influence and nurturing of their families right from the beginning. No one else is able to just march into people’s homes without warants, or to remove their children without just cause, on mere suspicion and accusation, and once they have you on their radar you are never rid of them, which is why it’s best to be anonymous. Child Welfare likes to esp. target certain groups, and particularly those that are not “mainstream”, such as religious, large families, non-vaccinators, vegetarians, homeschoolers, low-income, uneducated, single mothers,and kids with disabilities.

As well, now they are also attacking a new group of victims: obese kids. Yes, that’s right; they have deemed it “abuse” to let your kid get fat, nevermind genetic or medical factors. They snatch the kids away from their parents and place them in foster homes, saying there they lose weight, no doubt because they starve them. This is so unbelievable and wrong on every level.I guess they’d also say a thin kid is “abused” too; that they’re not being fed enough. Parents can never “win” and it’s very clear the more you avoid the authorities the better; stay low avoid nosey outsiders that are a risk of reporting you, decline any gov’t assistance of any kind(incl. financial) as it all comes with strings attached(generally at the cost of your rights and freedoms) and if you homeschool, don’t reg’d with the school authorities and do join HSLDA.It’s open season on families and families are the building blocks of society and when the family is destroyed(the mandate of the State) the society is destroyed.