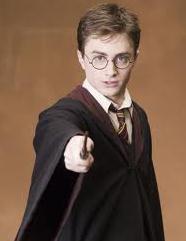 Our kids have never read or seen the Harry Potter books or movies. Why? For one simple reason: it glorifies the occult and lures kids into witchcraft. They think it’s harmless fun and that you can use magic to achieve your goals but the Bible clearly states and commands us to avoid *EVERYTHING* to do with the occult and witchcraft certainly qualifies, as well as palmistry, horoscope, Tarot cards, fortune telling,feng shui, consulting the dead,crystal balls,Ouija boards, seances,many New Age practices, etc. We have to either choose God or Satan; we can’t do both and we can’t be wishy-washy and jump from one to the other.It can’t be for our convenience.

Harry Potter and other occult entertainment like that lures kids into the occult and they just think it’s harmless fun or entertainment. It invites in the demonic and opens the door to the dark side of the spirit world. It desensitizes them to the dark forces and lures them away from God and righteousness.Satan is very crafty and deceptive this way and holds sway over the world in this way. It is staggering when you really think about it: how popular the occult has become, with Harry Potter, Hallowe’en, vampires and werewolves, and TV shows such as “Medium”, “Sabrina the Teenage Witch”, “Charmed”, “Ghost Whisperer”,etc. and the “Goosebumps” books from the 80’s and 90’s. Kids are esp. susceptable and parents have to be vigilant and protect them from evil.

Some people may argue,”What about The Chronicles of Narnia?” and others that also feature witchcraft and spells and magic, but the difference is they SHOW that the occult is bad, but in Harry Potter it GLORIFIES it,making kids think it’s harmless and fun. It also surprises me how many so-called “Christians” watch and read this and think it’s ok. I guess they don’t read the same Bible that I do.My Bible says to avoid the occult in all forms and if God said it I will obey it, even if it’s not popular, but we’ve never gone along with “fads” or followed the crowd or worldly things anyway; we follow God.

2 thoughts on “Harry Potter Is Occult!”