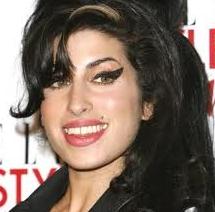 Poor Amy Winehouse was found dead in her home in London today.She was 27. No cause of death as of yet but it doesn’t take a rocket scientist to figure out it was most likely a drug overdose, given her history of being drug addled.It’s so sad, she was so young and so talented. What a waste. She had such an amazing soulful voice and I liked her Blues-y music. This is so tragic and so sad. Drugs and alcohol have destroyed so many lives. She had the talent to make it far but unfortunately her demons got the best of her.You can’t say  you couldn’t see it coming though; she was in and out of rehab so many times. Now she joins the infamous 27 Club of famous people who died at age 27. 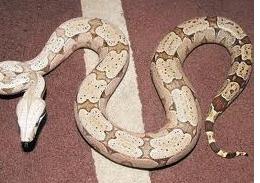 Yesterday was an interesting day! The neighbours next door brought over their 2 boa constrictor pet snakes for us to see and feel as we sat on the veranda. They felt neat, like cool supple leather. They were 4 months old and they said they feed them one mouse a week each and full grown will grow to 9 feet long and then they will worry about them trying to eat their dogs and cats! They said they got them from a breeder and cost 800$ each!

As well, the police came over to take my mom’s statement about the robbery she witnessed. When I first saw the cops standing at the door I was shitting bricks, wondering what was wrong; afraid there had been an accident or something. The neighbours were all gawking as well, no doubt probably thinking we were getting arrested for something, ha ha ha!They even parked their cruiser right out in front of our house! It was embarrassing.

Our 13 YR old also returned home after 2 weeks at camp.(The 15 YR old is there for another week.) He said about all of the bad people that were there, and that people got sent home for having sex,and that a crazy guy kept threatening to kill people in their sleep and scared some so badly that they wouldn’t even eat or sleep! Luckily he was sent home early! Many of them also had their things stolen, and he said people kept shitting in the SHOWER as well, and that there were lots of whores, incl. one 14 YR old who got prego and killed her baby. These are the people in public school,and a good reminder why he’s lucky to be homeschooled, and, in fact, many of his friends at camp said they wished that they were homeschooled too,and how lucky he is! He said during a bad thunderstorm he also saw a tornado funnel cloud forming and coming down to the ground but then it dissipated, luckily! He said he had fun,and he lost weight and is now nicely tanned.