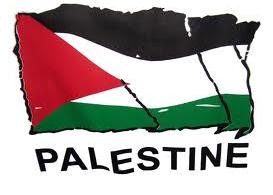 The Palestinians are applying to the UN for official statehood. 80% of people agree they should, and I am one of them. I think everyone should have a place to call home,but USA, Canada,and Israel are going to veto it. I have been to Israel and have seen first-hand how the Palestinians live and are treated like second-class citizens, in a very poor standard of living, basically segregated into ghettos. It was heartbreaking.Now you’d think Israel, a people having been oppressed for centuries themselves  and not having their own home for so long  would understand the most.Now they have become the oppressors!

USA is vetoing it to suck up to Israel and Canada of course is doing it to suck up to USA(as always). I agree there should be peace talks between Israel and the Palestinians but I also agree that they should be a given statehood. Both them and Israel have history and roots in the area and are entitled to share  it. USA as always arrogantly thinks that they are the policeman of the world and can dictate what other nations can and cannot do.Then they wonder why they’re hated and the target of terrorist attacks.They’re bossy, imperialist,and meddle.They just don’t “get” it. I hope that despite the objections of those 3 countries that the UN will allow statehood; they should be recognized.It’s wrong that so many people equate Palestinians, Arabs, and Muslims with terrorism.(I bet this is the real reason behind not approving  the statehood)This is racial profiling and it’s wrong.I hope they get their official recognition; that as long as the majority agree to it, and that USA and the others won’t have enough influence to veto it.Hopefully later today we’ll find out….