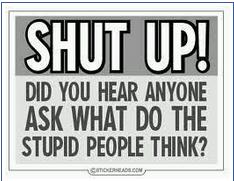 Happy Mother’s Day! Today I got hand made cards from most of the kids(the older ones didn’t bother) coconut cake, and flowers, and we ordered in Chinese food. 2 of the  kids were supposed to make Mother’s Day crafts in Cubs but then the paratroopers were putting on a show and the leaders thought that would be interesting so they went to see that instead and had no time! They have their Kub Kars race later this month as well.

Yesterday there was this huge Geocaching event in town so my hubby took the 9 YR old,our second oldest left and took the train to Montreal for her 6 week French course, 3 of the kids are at their Cadets Survival camp weekend and they criticized us(the Cadet leader) saying we didn’t send enough food for the 16 YR old even though SHE packed her OWN food and told us she had enough and she doesn’t eat much anyway.I thought it was kind of nosey and insulting actually. I also heard that most immigrants only come here because they can’t get into USA but my experience(having lived in both countries) is that they BOTH suck!