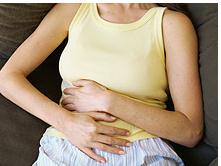 I am still recovering and only had 4 HRS sleep the first night, unable to get comfortable and I normally sleep on my stomach and then had a nap during the day. My gas pain is better but yesterday pain level was 9/10 and it was all on my right side and shoulder and happened every time I sat up or stood and so bad I couldn’t move. It’s caused by during surgery they inflated my belly with carbon dioxide gas to swell it up for better viewing and now some of the gas is still there and is trapped and needs to be released. It hurt so bad even my codeine pills never worked! I think this must be what getting stabbed feels like and in a way I WAS!! My 9 YR old also saw me struggling to get out of bed, moving slowly, straining, holding my hand over my sore belly,and she remarked,”Are you trying to let out a big fart?” and I told her, “No, just trying to move so it doesn’t hurt!”

Now my incision hurts more, 3/10 and 2  out of the 4 were bleeding and I took off my dressings as instructed.The stitches are underneath the “X” shape Steri-strips and will dissolve on their own. My jaw and throat still are sore from the breathing tube and I have a “raspy” voice, I’m dizzy, and itchy all over, likely from the morphine.My BP was high as usual, this time 155/120, 166/130, etc. but the morphine brought it down lower( a bonus! 2 for 1!) and I went 19 HRS without food and took awhile to fall asleep: I remember taking at least 10 deep breaths into the mask, and when I woke up I was really coughing alot and my body felt “heavy”, like your legs feel with an epidural, and my vision was blurry for awhile and I was sleepy and a bit disoriented and had no concept of time and felt light-headed, dizzy,and “woozy.”..As I was waiting to go into the OR they were playing this really gay “pussy” music as well and I wished I had been put to sleep already so I wouldn’t have to listen to it!

As it turned out my mother did end up waiting (my hubby had to work but he dropped me off and picked me up) and  the surgeon came out to tell her I was in the recovery RM and it went well and the first thing she said to me was (loudly, so all the nurses could hear!) was, “You didn’t TELL me he was so good looking!” (I replied, “I told you BEFORE that he was!”)The last time I was at the hospital(not incl. the ER visit) I had a baby( 5 YRS ago) and it felt sort of weird coming back home WITHOUT one, and last night I started to do my blog but within 2-3 minutes of being upright the pain hit so hard I had to lay back down,gasping, wincing, whimpering, moaning,and sucking in my breath, so I had my hubby do yesterday’s post; I dictated it and he typed it and I showed him how to publish the post. He also had to help me walk upstairs to bed and I didn’t quite make it( my RM is up 3 flights of stairs!) before the pain hit! It feels weird too just laying around and not being able to do my daily  normal stuff I took for “granted” before, like cooking, laundry, watering the plants.etc. I will recover more and more each day and lifting up my shirt and “airing” out the stitches and exposing them to the heat of the sun helps,too.It also felt good to have a bath as I was forbidden for the first 24 HRS.

No pool guys all this week, either, so that’s 2 out of 3 weeks wasted and they even had to order the tile adhesive from Toronto; you can’t get ANYTHING here,  and Toronto City Council did well eliminating the 5 cent cost of plastic bags….but then went TOO far, giving in to the pressure of the Enviro-Nazis again,and BANNED all plastic bags, in true Big Brother fashion, and I was hoping the redneck hockey would finally be over(and I don’t even know which teams are playing and I couldn’t care less; I just want it to be OVER!) so I don’t have to keep hearing about it on the radio,and I saw  Bollywood actress Ashwariya Rai has gotten really fat now too since she had her baby(she’s mortal, just like the rest of us!!) and she used to be so beautiful and it made me think that even if you ARE good looking it won’t necessarily last forever and you can still LOSE it!