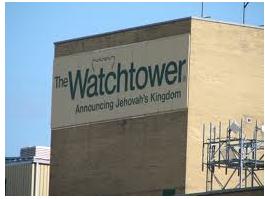 I read in the news how the Jehovah’s Witnesses had covered up sexual abuse and how it wasn’t reported and such and it brought out angry responses in letters to the editor slamming religion but it got me thinking: religion isn’t the only place where children are abused. The vast majority of JW’s are righteous, upright, morally clean people, just as the majority of Catholic priests are not pedophiles; it’s just that the few bad ones make everyone else look bad too and people judge the entire group by a few bad ones, but kids are molested anywhere and everywhere and by anyone: family, friends, neighbours,camp counsellors, sports coaches, Scout leaders,doctors, teachers, babysitters, in daycare,mental health professionals, in foster homes,etc. anywhere you find kids you’ll find pedophiles and nowhere is safe and it’s up to parents to be vigilant and to NOT leave their kids alone with anyone, to not do sleepovers, to not let them walk to school(or anywhere) alone or to get in  a car with anyone,etc. as you can’t be too careful.

Jehovah’s Witnesses don’t molest kids any more than anyone else does, it’s just that people like to slam religion and use isolated cases like this to do it and to try and justify it and discredit ALL religion, but that in itself is being judgemental.

As well, yesterday was a really good day, which for me is very rare, so I’m still on a “high” and excited ,grateful,and happy left over from it. I went shopping and found most of the stuff on my list, incl. a new black bathingsuit with a little “skirt” on it like a skating outfit,saw friends from church there and had a nice chat, and I went to an ethnic festival and ate noodles from Tibet for dinner, dessert from Greece, and bought funky T-shirts from India and Thailand. It was so hot as well 30 C and felt like 39 C(supposed to be hot all WEEK too, 30 C and above and of COURSE “Aunt Flow” HAD to come so I can’t swim all week!) and it’s so hot it feels like my eyes are melting and the 9 YR old had a “fudge smudge”  skid-mark on her underwear and it MELTED!! EWWWW!!!

I was e-mailing an old friend from the Catholic homeschooling group YRS ago (we’ve kept in touch all these YRS ever since I moved)and I asked her whatever happened to the little boy I prayed for years ago(back in the early 90’s) who would be between the age of my almost 23 YR old and almost 18 YR old now who had cancer, and I was happy to hear he’s still alive! He’s married now, and does have some long term damage; had a stroke during his bone marrow transplant and partially paralyzed on one side and stopped growing when he was young so he’s short, but he survived and has a happy life, which gives me even more hope for our own 14 YR old who had leukemia when he was 7; it gives me promise and hope that he can and will live a long life and stay cancer-free…