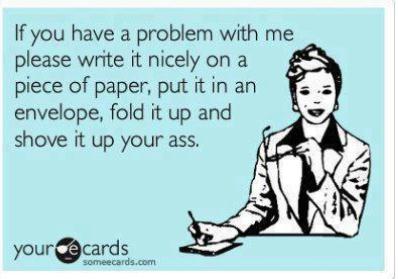 Today is our anniversary. We met 18 June(at the YMCA) 1988 and got married 16 December. Here we are now, 24 YRS later, 11 kids later. I can’t believe it’s been that long; it’s been more than half my LIFE! Gawd, that makes me feel so OLD! For our anniversary dinner we went to a Chinese buffet(as it’s hard to find a place to eat that both of us like as I don’t eat meat and he’s picky and doesn’t like anything that has any spice or flavour,and this place had both Chinese food AND Canadian food). Eating Chinese food and hearing traditional Chinese music reminded me(and made me miss) the Chinese culture I grew up in with my friends. My hubby( being the knob that he is) also forgot his wallet in the van when it came time to pay, so he went back and got it and once up at the cash to pay I pointed to him and commented to the cashier,”b’un dun!” (Mandarin for “stupid”) and she cracked up laughing. I think I must have made her day! Afterwards we shopped and I saw the toys that I had ordered(and we had to pay 50$ for shipping!) for the kids’ for Christmas in the store as well as another I had already bought before that was now half-price( it figures; just MY “luck”!) and my hubby said it’s my fault for not waiting, but whenever I wait I always end up missing out!

As well, I saw the tackiest thing ever: a red “nose” on the front bumper of a car along with reindeer “antlers” on both sides at the top(talk about gaudy!) my hubby got this new mini iPad tablet thingy and of all the things it can do the kids use it the most to have it make fart noises , the 9 YR old thought the French word “trois”(pronounced “twa”) for “three” was “twat” and I laughed so hard I almost peed my pants,my hubby tells the kids that meeting him was my “biggest regret”(when actually it was being BORN!!) even though I’m sure that meeting me was also  HIS, and my hemmoroid or cyst or whatever it was on my arse is gone now, too!

I also find it “funny” that once we went to the post office to complain about my missing magazines that just a few days later an issue all of a sudden shows up so I think they had it there all along, and all I want for Christmas is snow(I’m tired of all this rain) NOT a grey or wet Christmas but a white one but it doesn’t look like it’ll happen as it’s been mild and snow’s the only thing I even LIKE about this country and now we don’t even have THAT,and there’s this website I post on and no matter WHAT I comment on they always gang up on me, insult me,attack me, call me names and tell me to “shut up” etc. and it hurts that I’m always the one cast out and picked on and it’s almost like there’s just something about me that other people can “sense”(can you “see” Asperger’s from a computer screen?) and hone in to attack; like sharks smelling blood! I’m nervous for my MRI results Tuesday  as well, hoping to finally have answers and if it IS a Chiari malformation like I suspect(based on the symptoms) the idea of brain surgery is scary as it’s high risk( complications incl. bleeding, infection, paralysis, meningitis,brain damage,death, etc.) but also exciting at the prospect of finally eliminating my debilitating headaches and cognitive decline  at the same time and of being a step closer to ending my suffering at long last!

I also heard on the news about the horrific school shooting in Connecticut that the shooter has a “personality disorder” (gee…..ya THINK?  I think that’s sort of a no-brainer; I mean, I assume he MUST have been insane since no NORMAL person goes around shooting a classroom full of kids) and that his MOTHER was an avid gun collector and survivalist; they were reg’d to her and that she took her kids to target practice and she was killed by one of her own guns. Ironic,isn’t it, and it sounds like SHE wasn’t “right” herself, either.What kind of mother raises her kids surrounded by  guns in an atmosphere like that,anyway? The American gun culture just defies all logic and it’s time the pro-gun lobbyists cared more about their CHILDREN than about their gun rights! Guns should be outlawed and banned! Seriously, what the hell is the world coming to?