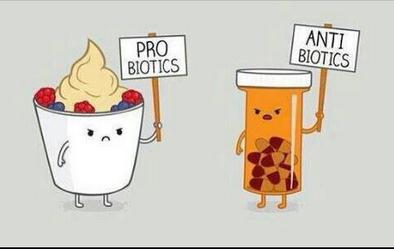 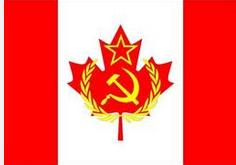 Today is Canada Day, a national holiday. This shithole country is 146 YRS old and it’s easy for me to remember(not that I care) since it’s 100 YRS older than I am. I hate Canada Day since it’s a day that praises,celebrates and honours a country that I detest and despise with every fibre of my being. A liberal,morally lax country that has done nothing but betray me, rip me off, screw me over, cheat me, steal my $$$$, give me the shaft,and where we’re highly taxed, pay some of the highest prices in the world for goods and services yet have limited selection of goods and shoddy services in return, have fascist gov’t Big Brother policies,regulations,bans,censorship,and controls, where immorality and sin is mandatory to be taught in the schools thru indoctrination and is promoted,and legalized, health care is sorely lacking, Native people are treated worse than animals, minority groups have special rights over the majority, Political Correctness has run amok, religious rights are squashed, police routinely abuse citizens and get away with it ,the gov’t can take your children away on mere accusation and without proof, strong anti-immigration attitude, a country of drunken redneck losers, always fall behind and lacking  compared to other countries, etc. It’s an embarrassing disgrace and it makes me ashamed! I have NOTHING to be proud of and nothing would make me happier than to renounce my citizenship and to leave except I can’t afford to move!

Usually in church the day before Canada Day(such as yesterday) they mention it and have us sing the national anthem but luckily yesterday we had the Nigerian priest and he never even mentioned it(it was just like any other day) and we didn’t have to sing it and I was so relieved! When they do have us sing it I don’t as I would feel uncomfortable, hypocritical and phony doing so when I hate this country and can’t stand living here so why would I sing allegiance to a place I despise? It would betray my heart and would be just like lying.I also refuse in a sort of  silent protest. We’re going to see the fireworks at the park tonight though(I couldn’t care less about Canada Day but fireworks are still  fireworks) and today is our small home business’ biggest money-maker of the YR as well(unless it rains, but so far so good!) and I’m so jaded with this country and want to move elsewhere and pay lower taxes and I read an article that certain countries allow you quick residency and you can even buy citizenship…..but you have to be rich as it costs anywhere from 400 000$ and up in investments. That’s the catch. You have to have $$$$$ which I don’t. I want so badly to leave but I’m always held back due to finances. Countries that do this incl. St. Kitts and Nevis, Dominica, Antigua(I’ve been to)Austria, Hong Kong, Singapore,and Australia, any of which I wouldn’t mind living in…..  🙂

As well, yesterday was the gay Pride Parade in Toronto and it’s bad enough that they flaunt their sin(when they should at least be discreet about it as not everyone wants to see half-naked people prancing down the street glorifying their depravity, in your face) but doing it on the Sabbath, on the Lord’s Day,is even worse; that’s just blasphemous,and I can’t help but wonder if they did it on purpose,as a slap in the face to God, and we got the green water in the pool fixed,too; it’s now back to clear blue, but  due to the frequent backwashing the water level is low and we keep on losing water quickly(several inches) even a day afterwards and have to keep the hose running for 6-8 HRS straight at a time as if it gets below the skimmer line the pump will burn out so now our water bill will be huge!