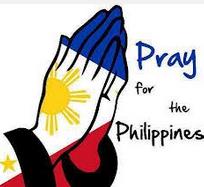 Please pray for the people of the Philippines, who have been devastated by Typhoon Haiyan, a catastrophic catagory 5 storm, perhaps the worst on record, that has killed over 10 000 people, perhaps even into the hundreds of thousands when all is said and done, with thousands more left without homes. There is a desperate need. They need our help, our thoughts,and our prayers. 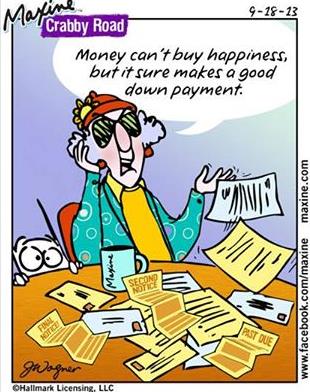 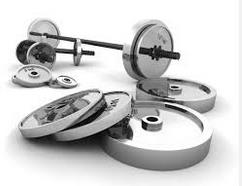 Today for the profiles of the kids I introduce you to our 5th and 6th kids; the 19 and 17 YR olds. The 3rd and 4th kids we lost 11 YRS ago at ages 9 and 10 YRS old due to several and severe handicaps, an experience so traumatic and personal it’s not something I want to discuss and that will remain private, and so we “skip” to our 5th child, who is now 19 YRS old. He likes frogs, weight lifting and exercise,jiu-jitsu, computer and video games, shuffling, Dungeons and Dragons, card games like Magic The Gathering, “Game of Thrones”, “Dr. Who”, anything science fiction, “The Big Bang Theory”, annoying his younger siblings, and being mouthy, insulting, obnoxious,and talking back to me. He’s still not sure what he wants to do post-secondary yet and is looking for a job in the meantime. He worked at a call centre recently but was fired when he stood up against injustice and cheating and the place has since been shut down due to shady activity. He has also turned his back on God and is an atheist now (despite my objections)and thinks he knows everything and no one else knows anything(esp. not me) and delights in mocking my religious beliefs. We used to be close once, when he was little, so now it hurts he treats me the way he does.

When he was 5 months old he developed a “flat” asymetrical spot on the back and side of his head and the doctor worried that he had fluid pressure on his brain so he had a CT scan done and it turned out that it was flat because he was sleeping on his back in the same position all the time! It was so bad they thought he might have needed a special “molding helmet” but luckily it “filled” out on it’s own as he got older and more mobile. When I was in labour with him they “missed” doing the epidural(for pain relief) in my back and accidently hit the wrong spot and the drugs risked “leaking” into my respiratory muscles which would stop my breathing so they had to monitor me extra carefully and I was only allowed 1/10th of the dose of the anesthetic so I pretty well felt everything; it just took the “edge” off. He had a pretty rough journey as well: when he was born he emerged with a fat lip, an eye swollen shut and a pointed head! 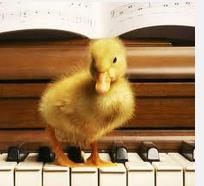 The 17 YR old is gifted in piano and is at grade 10 or 11 now( I forget) piano( you can teach from grade 8 level) and is in grade 12 in school and hoping to take psychology in university(and is already taking her 2nd university course online) and is a perfectionist and over-achiever, and she likes ducks, anime, and only dresses in all black. She only ever wears clothing and hair that is punk and goth in style with chains, studs, spikes, dog collars,skulls, etc. and it greatly disturbs me. She also appears to be trans gender as she looks, dresses,  and acts like a boy, and has never liked girls’ things, worn dresses, or played with girls’ toys. This is more than just a “phase” as well as it’s gone on for YRS. She also stays up in her bedroom all the time isolated and doesn’t even come down to eat big family dinners with on on holidays and special occasions,either, and she never speaks to me but completely ignores and avoids me. When she was 4 or 5 YRS old she fell off a playground structure at the park, landing on her head, and was knocked out unconscious and I have always wondered if her weird and bizarre behaviour might even have something to do with that; if she somehow suffered “delayed” brain damage, even though at the time she seemed to have recovered ok. Of all the kids she’s the one that concerns me the most but my mother and hubby say it’s nothing and dismiss it but I think there’s something not “right” about her.

When she was born it was a natural labour with nothing at all for pain relief and it was a 12 HR labour. The pain was so bad that I drifted to the edge of unconsciousness and then the contractions would let up and I’d come back again and then it would start all over again. When she was 6 weeks old we also had an electrical fire and half our house burned down and we were in a motel for 10 weeks while the house got rebuilt. It was a very stressful and traumatic time and it affected my early bonding with her as I didn’t get to see her much as I was off with the contractors at the house, shopping to replace everything we lost, selecting paint, carpet, curtain, etc. samples, haggling with insurance,etc. and just had to return every 3 HRS or so to feed her and then I was off again looking after the renovations and trying to rebuild our home and our lives.

As well, the 10 YR old and I played a game and asking a question I said,”Name something big that I have” and she goes,”Your butt!” and she went shopping with my hubby to pick out the Advent calenders and I told her I wanted either a “Hello Kitty” or a “Barbie” one for mine and they got me a “Disney Princesses” one which I HATE and I’ve NEVER liked the “Disney Princesses” (and they KNOW it!) and this is like the 3rd time they’ve gotten it for me and it really pisses me off; it’s like they don’t even KNOW me or don’t even care to know me, and she got a tiny plastic hippo she said was for her stocking stuffer as there was only one there( even though we both like hippos) and she said,”But I was thinking of you!” and I told her,”But you were thinking MORE about YOURSELF! Christmas is supposed to be about getting gifts for *others* and thinking about others, NOT about yourself!” and my hubby has so much of HIS crap recorded on the PVR,too,( like over 6 episodes of his stupid “Colbert Report” and “The Daly Show” plus every Monday 3 HRS of his redneck wrestling) that he never watches and then it all adds up, taking up space, so that there’s no space left for anything else to record! How am I( or anyone else) supposed to be able to record anything? We only have something like 8 HRS left of recording time even LEFT and his dumb “Colbert Report” and “Daly Show” record every DAY, plus if you record a movie that takes 2-3 HRS; we won’t have ANY space even LEFT!

Then they wonder WHY I get so mad.