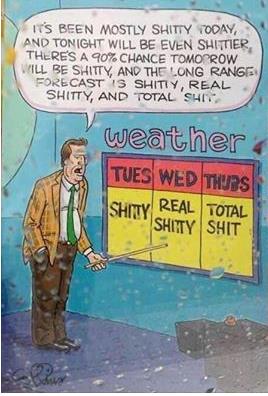 The 19 YR old’s been looking for a job for 6 months now and now he’s decided that being a cop looks interesting( and he likes watching the TV show “Cops”) so yesterday he went to the O.P.P recruitment seminar to find out more about it but came back discouraged; it seems so impossible to qualify: he said you have to take a series of 7 tests ( physical, psychological, driving, background criminal check,etc.) that cost 350$ and then if you score well you go train at the Police Academy but that costs 8500$ and you have to have grades of at least 70% and only then do they even hire the top of the class and they TELL you where you go; which city or town; you don’t have any choice. He doesn’t have the $$$$ it takes(most things ARE out of our reach due to finances), which is why he’s trying to FIND a job in the FIRST place yet no one hires him because he doesn’t have any experience but he can’t GET experience until he gets a job! It’s all so discouraging. I have to say I was worried though when he said he wanted to be a cop; I want him to get a job but I don’t want him to get shot and killed!With all the rednecks in this hick-ass town he’s probably the only one here that doesn’t have a criminal record,too( they always get busted for drugs, assault,and theft around here) when they run a background check, even though they’d love to have a job where they’d get to carry a gun and beat up people, but I don’t think he’s interested in it for the right reasons, either, though: he just wants a job with minimal training ( 6 months at the academy)that pays a good salary( the average O.P.P officer gets about 70 000$ a YR), plus he’s a bully and being a cop he’d be able to abuse people and get paid for it! He’s really discouraged though; the economy’s so bad, jobs are scarce( esp. here) and he’s just not able to find anything; no one’s hiring. He’s gone to many seminars, job fairs, etc. and sent off over 30 resumes but no one’s ever called him back….

It’s so weird as well how my mother sets her clock radio in her bedroom 15 minutes ahead of the real time when the whole POINT of a clock is to know the RIGHT time so that you’re ON time and when I said I don’t get it she sneered, “It’s not for YOU to understand!” and cooking  we have this pan where you don’t have to turn the meat over as it cooks on both sides in the oven as it’s ventilated yet she still does flip the meat over anyway and when I told her she’s just wasting her time and making more work for herself she says it “makes her feel better” yet SHE’S the one always complaining she has too MUCH work to do yet here she is MAKING even MORE work FOR herself! Sometimes I think she just LIKES to complain, make herself out to look like a martyr, and purposely MAKE things harder than they have to be and she sniffed, “I don’t CARE if it doesn’t make sense to YOU!” she really is a piece of work! I got a friend request on Facebook from someone named “Pussy Lover” as well which I declined for obvious reasons. Where DO these people come from,anyway, and how did they find ME?

We got more snow again, too,( we must have 200 cm in total out there and some snowbanks are 5 feet high along the sidewalks) and school buses were cancelled again yesterday; on average 1-2 times a week, and kids have lost 2 weeks of school for snow days so far and as much as I like snow this winter has been TOO cold, too long, too brutal, and too much snow even for me! Even I’m tired of it and ready for spring! I wish so much I lived somewhere else! I’m just so sick of this shit hole of a country for SOOOO many reasons and am desperate to get out! I hate it here so much!I’ve been extra anxious( I have anxiety disorders, and pretty sure I’m bipolar as well, along with my Asperger’s and Social Phobia,depression,etc.) lately now, too, as I’ve bitten my nails down to tiny little slivers and my cuticles are all bloody and ragged ,although not for any specific reason that I’m aware of,and nothing particular on my mind that’s troubling, other than my usual shitty life ,and my hubby said that we’re rednecks and I told him,”Speak for YOURSELF! I’m NOT a redneck; I can’t STAND rednecks!”He can kiss my ass.