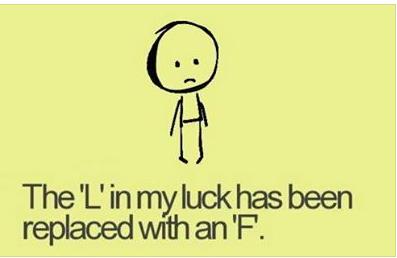 I heard on the news about yet ANOTHER drunk driver( we have one the highest rates of drunk driving in the world in this shitty country) and I thought to myself, “There’s NO excuse for drunk driving! It’s one thing that’s inexcusable!” and it got me thinking which things are inexcusable; that no matter what simply cannot be justified no matter what the circumstance; that I think are not justifiable and cannot be excused regardless and here is what I came up with:

– drunk driving( no good ever comes out of alcohol,anyway,and you DON’T “need” it to have a good time but if you must be a loser boozer at least don’t drive.)

-abortion( there are always other options, such as adoption,and if you REALLY don’t want to get pregnant then keep your legs shut!)

– terrorism( there’s no way anything can excuse killing innocent people, and no religion,politics, or cause can ever justify it.There are other ways to get your message across.)

Now, you might be surprised that I didn’t put murder,kidnapping, and stealing here, and although I DO think they’re certainly bad( as well as sins) in some circumstances they CAN be justifiable, in extreme cases, such as murder in the case of self-defence or if you’re protecting your children, kidnapping if you’re rescuing your own children( from,say, foster care, but then again it’s not really kidnapping when it’s your own kid, or if you’re rescuing a family member from a cult) and stealing if someone desperately hungry steals food in order to survive. I truly believe in exceptional cases such as these God is merciful, understanding,and forgiving, but for the most part condemns such actions under normal circumstances.

As well, the 6 YR old kept kicking the 16 YR’old’s chair as he was at the computer trying to do his school work, annoying him, and kicked my mother’s leg and hurt her and refused to apologize and yelled at her, “Shut up!” the 12 YR old lied and told the others that I called her “ugly”(when I didn’t) and then said it was “just a joke”(when it was a LIE) trying to excuse it and get out of it, the 19 YR old, 16 YR old, 12 YR old,and even the 10 YR old( who until now had been my only ally in this family) also kept taunting me saying I’m a “slut” and a “whore” and that I had sex with everyone when I was a teen but it’s not true; my hubby’s the ONLY guy I’ve EVER been with and I didn’t lose my virginity until I was nearly 22 YRS old!( 2 weeks before I turned 22, in fact) and they also always kick the door while I’m in the bathroom(and I HATE it!!) and now the 16 YR old even got my hubby to do it to me,TOO(and he’s no help; he’s just as bad as THEY are!) and I feel so alone. They always gang up on me and harass me and it breaks my heart and makes me feel like a stranger in my own home …..and then they wonder WHY I hate this family.They jeer I’m a redneck as well when I can’t stand rednecks and I don’t even LIKE sports, country music, bowling, BINGO, wrestling, NASCAR, darts, pool, poker,etc. and I don’t smoke, drink, take drugs, have never been arrested or been in jail, haven’t been in trouble with the police, etc. so how can I POSSIBLY be a redneck?

I also had a dream that woke me up in the middle of the night that they found part of Malaysian flight 370 ; part of the wreckage in the ocean with some bodies still strapped in their seats, and if I had lived in the 1800’s during slavery and was rich what I would have done too was bought as many slaves as I possibly could  so that I could set them free; I would have bought their freedom.