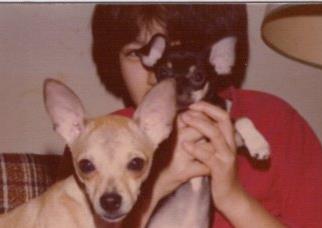 This is my longest-reigning best friend S when she was 12. That’s when we first met and became friends. It was a YR after she moved here from Korea. We were in the same grade 6 class. She still struggled with the language and it was fun helping her learn English. I invited her to my birthday party and we became friends. We also hung out with J who had  also moved from Taiwan the YR before and who would later change once in highschool and would become a slut, a liar, two-faced, a betrayer, a backstabber,and use people. We would have so much fun, going to the beach, to the public pool, shopping, to the park, to Centre Island, and just hanging out at eachother’s houses. We would go to the 7-11 and buy Slurpees . We loved The Beatles and were in love with Paul McCartney and we would dance wildly around my livingroom and have so much fun. At the end of grade 7 she moved to USA (her parents owned a dry cleaners here and then a series of restaurants and now she owns a Korean restaurant just outside of Toronto) where she lived for many YRS, grade 8, thru highschool and college and thru her adult YRS but we always kept in touch by mail, sending letters and  cassette tapes.

Here she is 3 YRS ago, when I went to visit her. She moved back when her mother got cancer(and later died) as medical care here is free. She was married once, but not to her true love as her mother wanted her to marry for $$$$$$(and she’s always had $$$$ and it’s always mattered the most to her) and it was her biggest regret and on her mother’s deathbed she apologized, saying she never should have interfered. We are also Facebook friends and talk on the phone. She will always hold a special place in my heart and share so many private inside jokes that only the two of us get, such as  “Chihuahua Legs”, “Irish Green”, “Eye Trouble”, “Jesus Sandals”, “Raj Country”, “Chin Sun Doh Roger”, ” Croakrogers”, “Fong Ming Pants”, “Bubble Me!”, “I Love Chibby!” “BP(it’s not what you think it is) “Plastic Furniture”, “No Offence!”, “Bitch Face”, “My People”, “Jimbo Shoes”, etc. When we recently got together we still both remembered them all( and other memories from the past) and just laughed and laughed. Her father still remembered me,too. She’s the opposite of me as well: pretty, nothing ever bothers her or stresses her out, she likes everyone and gets along with everyone,and she’s the funniest person ever. She’ll be my BFF forever!

As well, My mother had one of her ultrasounds and bloodwork done and gets her stress test today(I think they have her run on a treadmill and check her heart and breathing) and I hope she doesn’t pass out (I know I would) and luckily it was easier for the 16 YR old to replace the health card he lost than I thought: he just had to call them and they’re mailing out a new one that should arrive in 10 days(he doesn’t have to go down there and re-apply) so as long as he doesn’t get sick or hurt and have to go to the hospital before then he should be ok, and my hubby sold this stuff online and drove 40 min. all the way to the buyer…..and found out the kids forgot to put part of it in the trailer, so he has to go back again tomorrow because they’re so useless, and he was supposed to print out something for me,too, while he was already printing out other stuff but of course he didn’t; he said mine got forgotten….yeah, it’s always MY stuff that gets forgotten as I’m just an after-thought that’s least in priority and gets forgotten,and my mother was trying to phone from the lab and mixed up our phone number; knowing it in her head but dialing the wrong number and said the wrong word as well, saying “peas” instead of “chicken”, making me wonder if it’s also stroke related and she’s having another episode?