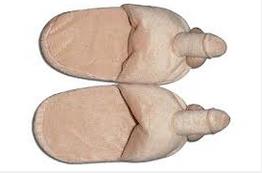 These are the dick slippers that the 16 YR old bought at a variety store! They were only 5 $ too but there was only one pair left so the 19 YR old wasn’t able to buy a pair as well. The store clerk said every time people come into the store and see them they laugh and then said to him, “I hope this isn’t a late Mother’s Day gift!” (I told him he should have said,”No, it’s a birthday gift for my grandmother!”) I think it’s gross but funny; I wouldn’t wear them myself but I still do think it’s sort of hilarious though. Who would think of such a thing? I’m sure it was a guy. One of the 12 YR old’s friends also said our house is so messy she offered to clean it, and until the Cadets trip to USA “Klepto” said she’d never been out of this town( and she’s still never been on a plane!) and she’s 14; she’s never even been to Toronto! That’s just the most pathetic thing ever, and pretty well everyone in this redneck town all smoke, drink,and do drugs as well; they’re all such losers!

My mother also said she can’t go for her daily walk anymore now,either as she’s just too tired, too weak,  and out of breath and it’s just too far now; she can only make it half way and it’s like she’s fading away. I hope it’s just because she’s old( she turns 73 in 2 months) and doesn’t mean that she’s dying. She now naps twice a day,too( up from once a day) and did her urine collection test wrong as well; she took the 24 HR sample to the lab and they said she was *supposed* to do the fasting for 5 days and do all 3 tests together at the same time, NOT as 3 seperate tests…so now she has to do them all over again and she’s so royally pissed off! The mosquitoes are REALLY bad this YR as well and every time I go outside I get eaten alive and yesterday alone I got at least 20 bites. I hope I don’t end up with Malaria or West Nile Virus! It was 28 C too and for the first time I actually felt hot, sweaty,and sticky.

There’s also a problem with the forms to register for summer Bible Camp as well; the registration date is Sunday morning but we don’t even have the forms yet( I have to fill out FIRST, *before* we drop them off for registration) as they gave them out at the schools but we homeschool and didn’t get them but before they also left them at the back of the church for people like us to pick up only this time they didn’t for some reason so now I’m worried how will we get them in time to fill out to reg’d on time; we even stopped off at the Parish Centre to see they had them there( as they sometimes do) but they were closed! My hubby shrugged if not then they just don’t go but that’s not an option; they look forward to it every YR! I don’t know WHAT we’re going to do….

I had my hubby pick up my pills at the pharmacy as well( since he’s the one with the drug plan) but there was a change in the prescription and he came back missing one medication and with a new one I’d never seen before and mumbling something about the pharmacist saying he had to call the doctor and substitute something, something about the increased dose and an inter-action and whatever and he didn’t know which drug, and my Topamax( for the migraines) was missing and I was worried that was the one they’d cancelled for some reason and I was shitting bricks and I NEED that as there’s NO WAY I’m EVER going back to those excruciating headaches ever again so I had to go down to the pharmacy and talk to the pharmacist and as usual he was just being a knob and didn’t relay the correct message:what had happened was the Atenolol got changed by the drug company and is no longer a combined BP med and diuretic so they had to change it and give it as 2 seperate pills and it didn’t affect the Topamax at all; he’d just forgotten to pick it up! Whew!

The kids ride their bikes pretty much daily as well and it always freaks me out as always  I worry they’ll get hit by a car, esp. as it DID happen to one of our oldest’s friends when he was 12 and he almost died; his heart stopped and he was revived and spent months in the hospital recovering….and then later his brother was also hit by a car riding HIS bike,TOO! I know I have to let them go but I hold my breath every time they do and just can’t relax until I see they’re back ok and it’s just so hard on my mother heart, and it scares the Hell out of me every time. 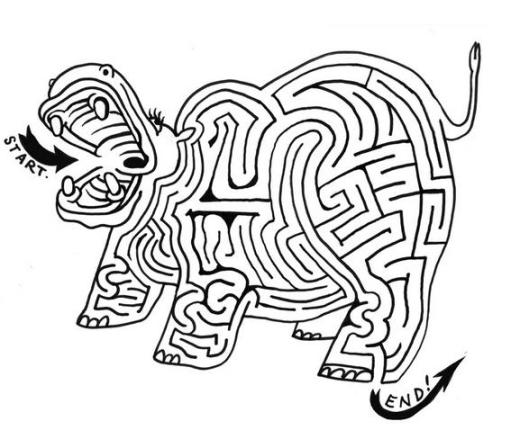 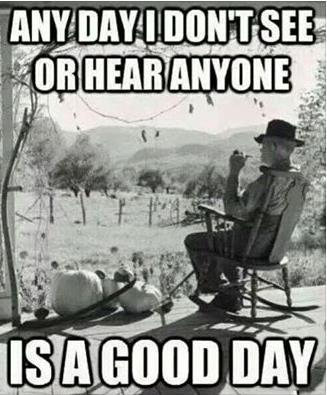 I read about a guy who had a heart attack at age 48 and had a near death experience (NDE) and “died” and went to Heaven and was revived and he said the same thing that countless others have, about seeing the bright light, more than 10 times brighter than the sun, about meeting dead loved ones( in this case it was his father that met him, along with Jesus) and being told that it “wasn’t his time” and that he had to go back. He also said that his father told him that he’s been watching him( so those that have died are able to keep track of loved ones who are still alive, so they DO still get to see their kids and grandkids grow up) and his father had died in his 70’s but now appeared to be about 45 YRS old and said in Heaven you get to choose your age, so I’d pick 11 as that’s when I was the happiest, but if you have to be an adult then I’d pick 20.

Other people have also said that they have been reunited with their pets and if so then I hope my Chihuahuas will be restored to me, esp. Teeniea and Yuri, who stand out the most, probably because I had them the longest, and that it hurts when your soul returns to your body; that it slams back into your body at such high velocity that it hurts, and that you can look down and see your body but some people at first aren’t even aware that it’s them they’re seeing and have even thought such things such as, Oh, who’s that poor guy the paramedics are trying  so hard to try to save?” They have said their life flashes before their eyes as well, like watching a movie, and feel an overwhelming feeling of love, peace, serenity, welcoming, and  belonging and they don’t WANT to go back,and wish they could let their grieving loved ones know that they’re ok, that they’re in a better place and that they’re happy. They also return with a feeling of being more spiritual and of not fearing death.I just hope my good deeds “outweigh” the bad and that I’m worthy to make it to Heaven; that’s my fear as I’ve never been “good enough” in life, so what if I don’t make it to Heaven,either?

As well, my friend V’s( since grade 6) oldest son got married on the weekend and her oldest daughter’s expecting a baby( she also has 2 younger kids about age 20 and 22) and it makes ME feel really old seeing my old friends’ kids getting married and having kids and seeing them becoming grandparents, Patti came by and complained about her redneck neighbours (I know, TELL me about it; there’s nothing BUT rednecks here!) and I saw on the news that Canada might “annex” the Turks and Caicos islands( I have been to a couple of times) making it an 11th province and if they can somehow manage to pull it off(and it’s not just some kind of joke) both my mother and I want to move there and it would make it a whole lot easier; no hassle about immigration! Oooh, my dream….moving to the Caribbean! They also said about gun deaths the average annually in Canada is 158, in the UK 39….and in USA over 8000! Their excuse is their population is larger but that’s just BS( the UK’s population is larger than ours,too….so what?) there’s just something inherently wrong with their culture; a culture of guns and violence that’s so deeply engrained into their society they don’t think anything of it and think it’s normal.

Happy Birthday to Lenny Kravitz! I can’t believe he’s 50! I didn’t realize he’s that old ( it’s just 3 YRS older than me) as he still looks so young and hip! I saw him in concert in Toronto a few YRS ago….finally. It was my third try,actually; the first time I had tickets it got cancelled as his mother died, then the second time we drove all the way down there, not knowing it had been cancelled( he was in the hospital with pneumonia) and then the third time I FINALLY got to see him, at long last! He’s one of my fave. singers and he still rocks!