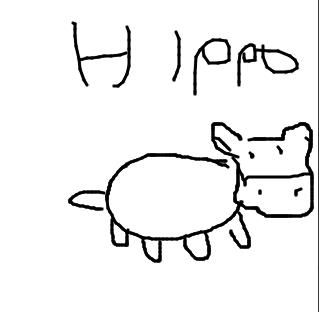 This is a drawing of a hippo the 11 YR old did on her iPod.

Happy birthday Paul McCartney! He’s 72 today, just a YR younger than my mother. I used to love him back in the day! I hope he’s doing better (his health has been bad) and that he has a good day! Rock on, Old Timer! You are ageless! 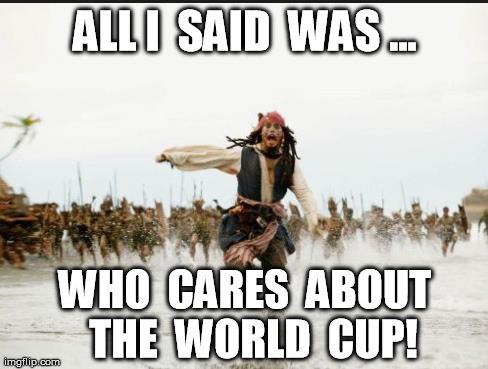 – My oldest friend( since we were 12) sold her Korean restaurant! Yesterday was her last day and before she’d said she was going to take 6 months off and travel but now she’s not sure of her plans( whether she’ll buy another place later or not) she’s just relaxing for now and will just “wing” it.

– The 11 and almost 13 YR old did make-overs but the poor 11 YR old ended up looking like a crack whore or a clown! It was hilarious but they had fun.

– The pool guys still never came to fix the leaking pipe so we got a plumber in and he did a temporary fix so we can run the pump so the birthday pool party for tomorrow’s been saved! Their excuse was it was raining even though the pump’s not even outside; it’s in the basement. This is just a temporary thing though and the pool guys still have to come and replace the “O ring” ( it sounds like something on the space shuttle!) but at least now we got the water circulating so it won’t turn all green!

– A flat bed truck came with a forklift  and delivered all kinds of things next door I presume for the huge 8 foot hole they have in their backyard but I have no idea what it’s for.

-We had a severe storm warning( the worst one so far) and had a bad storm, with tornadoes everywhere and the 15 YR old and her friend were out bike riding and got caught out in it and came back soaking wet; they looked like drowned rats!

– I saw a Jaguar go down the street and they MUST be from out of town as no one in THIS shit hole town would own such a fine car so they must be visitors( or lost) and when I said  I saw a Jaguar the 11 YR old thought I meant the animal and asked how fast it went and if it bit me! She didn’t realize I meant a car!

– The 11 YR old saw the fresh green beans and thought they were peas in the pod and tried to open them and wondered why they wouldn’t open! HA! I hate those things though ; they’re so gross and wonder why anyone would even grow those disgusting things!