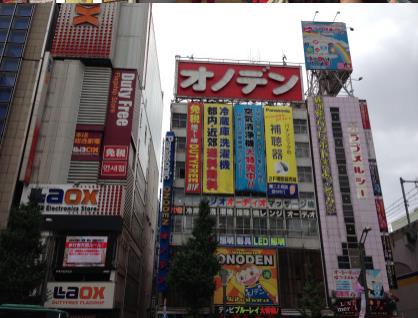 I admire our second oldest. She has always wanted to live in Japan; it has always been her dream as long as I can remember and she started learning Japanese when she was a teenager. She worked hard for YRS to achieve her goal and she’s been living and working in Japan( as an English teacher) for over a YR now. I admire her for having the courage to move all the way to the other side of the world all on her own in her early 20’s and embark on such an adventure, and to be able to follow her dreams and glad that it worked out for her; that she didn’t end up disillusioned or disappointed like *I* was when I moved to L.A. I wish I had the courage like she does and I wish my dreams would have worked out. Of course I could never actually tell her I admire her because she thinks I hate her. We have always had a strained relationship and have never gotten along(mainly due to my mother’s interfering, coddling and over-indulgence, like she now does to the 7 YR old) but now she’s an adult(turning 24 later this YR) I admire her for going after her dream and am glad it’s worked out for her. I’d never be brave enough to do something like that on my own; with my Asperger’s and Social Phobia I could never survive on my own( even though I wish I could) and my dreams just stay that…..dreams.

As well, Buddy had a good first night with us and he slept in my bed with me, first of all on top of the blankets beside my legs but then later on he must have gotten cold because he burrowed underneath the covers, still snuggling beside my legs and when he woke up he emerged and did a big stretch, jumped down off the bed, and when I opened the door he ran downstairs and stood in front of the door telling me he had to go outside and pee! He also has this ritual to fall asleep where he chews on his leg like how a baby sucks his thumb and I think it’s from being abused from his former owner and it’s a coping mechanism he needs to soothe himself,and I can totally relate; we’re both damaged and I told him I completely understand, and no one was able to pick him up before due to the abuse but he actually LETS me, maybe because I’m so kind to him? He also follows me around everywhere I go(and always wants to snuggle on my lap and kiss my face) and when he couldn’t find me he was looking all over the house for me( I was in the 3rd floor bathroom) and went to all the places I normally go and when I went to church yesterday he stood at the door and barked and whimpered until I got back, missing me, and when I returned he was joyous and kept running around excited and jumping all over, glad to see me, and it was nice to be missed. I missed him,too!

My hubby also said he’s taking out the 100$ “fine” as “penalty” for me watching Buddy( to “punish” me for having a dog when he hates dogs) out of the “allowance” he gives me so there’s nothing I can do about it( he’s such a bastard) but it’s worth it because I enjoy Buddy so much so I just try and look at it as if I’m “renting” a dog for a week and  him being a Dachshund we lovingly nick-name him “Chicken leg”, “Sausage Boy”, HotDog” and “Muffin Top”( for the way he has flab hanging down over his collar) and the kids and I love taking him out for walks and for a senior dog he has remarkable energy,too,he’ll be 9 YRS old in February. I am truly relishing this time I have with him. Too bad it’s just for a week but it’s better than nothing.