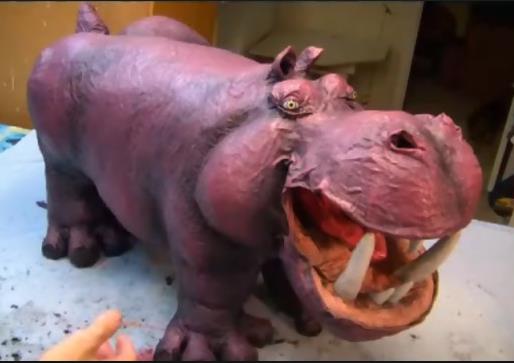 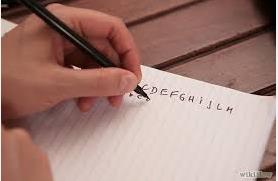 Now here’s something odd: when the kids play their Guitar Hero and Rock Band games the 11 and 16 YR olds play the guitar left handed….except they are both right handed! I am actually left handed as is my oldest and a couple of my uncles are and my grandfather was as well but they beat it “out” of him as long ago it was discouraged and he was forced to “switch” and become right handed. I can actually use both hands since growing up in a right handed world I had to adapt and was taught things the right handed way, such as playing guitar and violin, using scissors, etc. but I eat with my left hand, write with my left hand( although I CAN write with my right hand too it’s just slower and shakier and not as neat) use a brush, toothbrush, and razor with my left hand, wipe my ass with my left hand, put make up on with my left hand, etc. and my left is the dominant hand, for instance the hand I reach out with first, such as to open a door. Only 10 % of the population is said to be left handed but we’re also said to be more intelligent and creative( I don’t know about the intelligent part for me, but I guess I am creative as I’ve always had a good imagination and it kept me entertained and from being too lonely as a kid) and based on from what I’ve seen in my own family I’d tend to think it’s genetic as well. I never minded being a “Lefty” actually; it makes me feel kind of special and unique, sort of like being a member of an elite club.

As well, I went to Patti’s and she gave me an extra pair of boots for Buddy she had from her dog as his feet get so cold in the ice and snow he can’t walk too far during his walks and he limps and takes small steps and I have to end up carrying him but the stupid things don’t even work; he just took a few steps and they came right off. They’re only attached by a velcro strap and he steps right out of them as they slip off and they take so long to put on it’s just not worth it; he’s good and sits on my lap and lets me put them on but it’s not an easy task and they just come right off but it was a good thought and worth a try. Oh, well. She also scolded me as I used the wrong mat taking off my wet boots; it was her dog’s mat and not the boot mat but I wasn’t even taking my boots off ON that mat; I was backing up to take my boots off on the other one and as I stepped back one of my boots just accidently stepped on it. She has alot of “picky” persnickety rules and everything has to always be “just so”. She’s always complaining and reporting people for everything too; neighbours making noise, barking dogs, the garbage man denting her garbage can, the guys cutting down her tree, kids cutting across her lawn, etc. I’m just glad I’m her friend as she’s not someone I’d want to be on the “bad side” of!

When I need to have a good laugh I also found the perfect cure: I just listen to fart sounds on the Internet and it works every time. I’m so childish like that.