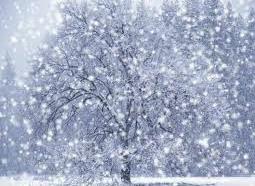 After no snow for awhile and bare sidewalks it’s snowing  again, and it’s coming down hard ; we’re supposed to get a total of 15-20 cm and it’s packing snow,too! Buddy doesn’t like it though; when I took him out for a walk he stood there looking like, “What the Hell is THIS? It wasn’t here earlier today!” and the snow kept falling on his face and on his eyelashes and he kept trying to shake it off. The poor dog hates the snow. Patti also told me her dog’s had 2 other seizures before, on average once a YR which would strongly indicate an inherited disorder as opposed to a contagious or fatal disease so Buddy and I went over for a visit and she hugged me and said she loves me like a sister and was making fun of another friend of hers( as well as the one she usually does but this other one as well) showing me her texts, laughing at her poor grammar and spelling( it was like a foreigner just learning English or a bad Facebook translation) which made me feel uncomfortable so I just turned away and played with the dogs instead. She used to be the Popular Girl in school though and I was the one bullied so I guess some things never change and we continue to carry those roles into adulthood and they always stay with us.

As well, my hubby went to a meeting at work in Toronto at executive HQ about his job status and he said they were confusing and said conflicting things; they went back and forth between saying they were all losing their jobs to saying they were merely restructuring and shuffling everyone around so no one really knows! He also said his contract expires the end of Feb. and he has to take his 3 weeks of holidays after that which he gets paid for AND we still have our drug coverage, and the tier 1 and tier 2 jobs are being outsourced( he’s tier 2) but he DOES qualify to level up to tier 3 now but there are few entry-level openings and the ones that are ,are in Brampton and Markham and the closer you get to the city the more expensive it is to buy houses and  live there and there’s no way we can afford it so he’d either have to commute or get a room there during the week to live and come up and visit on weekends.

Ever since my sinus infection in October my nose is always stuffy,too, and both sides have tight scabs that haven’t healed and that bleed at times, I found what looked like pubes in the sink, the 16 YR old said about my hubby who fell asleep on the couch, “You should write a profanity on his forehead!” so I replied, “You got a marker?” and my mother is being a bitch to me as always as well: the 15 YR old took a turn making dinner and she made her “famous chili” which’s normally really good but for some reason this time she put in too much pepper ( it tasted like she dumped the whole container!) so it ruined the taste( all you could taste was pepper and it was overwhelming) so I couldn’t stomach eating it, and the “Patty ‘Mon” (Jamaican beef patty) my mother made was all hard, dried and like shoe leather; impossible to bite into or chew so I threw it out and she chewed me out for “wasting food” and I told HER to try and eat it then; she thinks it’s ok for me to eat crap, and she only used to get the pizza buns I like when they were on sale but now the 7 YR old likes them TOO she buys them FULL price.