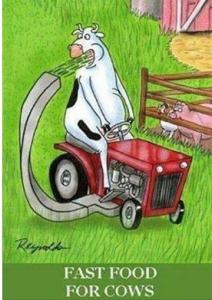 I saw on a blog that I read someone’s nick-name was “Wallspogolian” and I thought it was the funniest thing. I wonder where they got it from and what it means?

Speaking of funny things…… the funniest things I’ve ever seen are a fox taking a shit in a golf course with the golfers playing golf all around it, oblivious to it even being there, and a pickle stuck to a wall at McDonald’s.

The 20 YR old always tries to “steal” Buddy off me by “luring” him away with food and then he snickers at me, “He likes ME more!” “He likes ME more than YOU!” trying to take away the one thing that means alot to me, and it’s like I’m not even “allowed” to have anyone love me or me love anyone without it being challenged,threatened, ruined, or taken away somehow.

It takes 10 times longer to put yourself back together again than it does to fall apart.

You can never be too pretty or too rich.

I taught Buddy to roll over in just 5-10 minutes! Who SAYS that you can’t teach an old dog new tricks?

The 13 YR old’s fave. thing now is to call me a “redneck” because she knows I hate it and it really bugs me. Her, the 11 YR old and the 15 YR old never used to be mean to me like the others did but now they are too and they like to do and say things to get me all confused and then they all laugh at me and when I say what assholes they are they say, “YOU raised us!”

I had a dream my mother had this really bad back pain that she rated a 10/10 and it ended up some kind of cancer.

I have to go to the hospital I’m having my surgery at (1 HR away) to get my pre-op work done and my hubby’s mad he has to take the time off work to drive me and he’s tired of all my appt’s( well, excuuuse meee!) and his job is more demanding and stressful as well and has longer HRS and it makes him even grumpier and in more of a bad mood than usual and he takes it out on the rest of us so he’s even more of an asshole than usual,too. 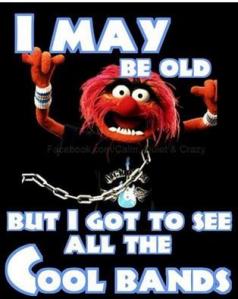 I WISH I KNEW BEFORE:

When I was a kid I imagined what it would be like to be grown up and it seemed so mysterious and glamorous. I used to pretend-play being grown up and was eager for my adult life. If only I knew. Being an adult sucks. Enjoy your youth and enjoy being a kid while it lasts. For me it was the best part of my life. Don’t be in a “hurry” to grow up. Childhood is wonderful and the worst is yet to come. I wish someone would have warned me.All adulthood is is constant stress and worry about finances,bills, kids, job security,and so on.

I wish people were honest about what labour *REALLY* feels like. In all the birthing books they describe labor pains as “discomfort”. Yeah….riiight, that’s like comparing a stubbed toe to an amputated leg. “Discomfort” is that full feeling you get after you pigged out at Thanksgiving dinner. Labour pain is the WORST most excruciating pain known to mankind. It hurts even worse than surgery, even worse than my migraines, which, BTW, I rate a 10/10. I rate labour a 12/10 on the pain scale. I had imagined the worst pain possible, the worst pain IMAGINABLE and it STILL didn’t even come *close*. Maybe they aren’t truthful about how much it REALLY hurts because it would scare people away from having kids? I would have liked to know what to expect though, and not have it “watered down”. Imagine shitting out a watermelon, or pulling your lips back over your head, or prying your vag open with a tire iron and then having a blow torch turned on. That’s the feeling. Plus with a belt of metal spikes facing inwards being squeezed as tight as possible at the same time. NOW you get the idea.

Having kids wasn’t like I thought, dreamed, or expected it would be. I was very shocked and disappointed.Everyone always says how it’s the “best thing that ever happened to them”, is “meaningful” , “brings purpose into their lives”, is “the best thing they ever did”, they’d “do it all over again”, etc. but not me. The experience wasn’t like that for me. All I got was all the shit and none of the rewards. It brought nothing but undue stress, trauma, fear,and worry into my life that I didn’t even know existed or was possible and nothing is worth that and what I endured. It broke me. Having kids was my dream but it ended up ruining my life. If I had known before what it would be like I would have changed my mind and if I had to do it all over again I wouldn’t.I don’t mean my kids *personally*, I just mean the overall experience of having kids and parenting has been a negative one.

Just being honest. It hasn’t been a pleasant experience for me and my kids treat me like crap and it makes me wonder if perhaps it’s a silent epidemic out there: a world of parents secretly abused by their kids…..or is it just me?

I wish I had known before NOT to “settle”. To not “settle” in marriage or in life. It’s better to stay single than to marry the wrong person. You should only marry for love and not for any other reason. You shouldn’t always settle for second best, second rate, crap, inferior friends, choices, opportunities, or a sub-standard life.I did and I’m miserable.

Your relationship with your spouse changes dramatically and drastically once you have kids and it’s not in a good way. Not only does the dynamics of the family unit change if you have different parenting styles or different views on finances this is bound to become a BIG problem right from the start! I found out very early, when I was prego with my first child: my hubby was actually jealous that *I* was getting all the attention and not HIM and he resented me for it; people would ask how I was, how I was feeling, if I needed anything, etc. and he felt ignored and left out and would go sulk like a child. Once our first child was born I was also only “allowed” to be his mother and spend time with him while my hubby was at work during the day but as soon as he came home at night he would grab him out of my arms and take over and I wasn’t even “allowed” near my own baby until he left again in the morning. I felt shut out of my own baby’s life, like I needed his “permission”. I felt like a nanny.It was a huge strain.

I learned this very young but the sooner you learn it the better: my life and life experiences have taught me that you can’t trust, believe, or rely on anyone,and I mean *anyone*, not your family, your friends, those in authority, or so-called “professionals.” Anyone and everyone can and will  lie, cheat, turn on you and betray you if given the opportunity so guard your heart and your mind and be careful who you confide in. My hubby, for instance, swore he wouldn’t ever tell my deepest darkest secret (I hadn’t told to anyone else at the time; that I was molested as a kid, not even my mother knew) but he did. Those that SHOULD look out for your best interests will hurt and betray you the most and when that trust is gone you can never get it back. 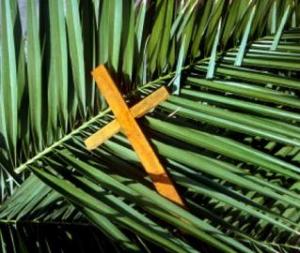 Today is Passion(Palm) Sunday, the day Jesus was welcomed into Jerusalem greeted by well wishers, less than a week before His Crucifixion. Today is one of my fave. Liturgies and I have to remove all of the old dried up palm fronds from the Crucifixes and religious pictures in our home and replace them with new fresh ones. We are also into Holy Week now and have Mass 3 more times this week: on Holy Thursday, Good Friday,and then the Easter Vigil, which is really long but also another of my faves. with the candles and incense. I can’t believe it’s Easter in exactly 1 week. It seems like it was just Christmas,actually, and the weather still FEELS like winter.

It’s so COLD out as well it’s – 10 C but feels like – 18 C with the wind-chill so I’m grateful I got to test out my new parka and it DID hold up as promised ( guaranteed to withstand Canadian Arctic cold up to – 25 C) and kept me nice and warm and I flipped up the hood which blocked out the biting wind. I wouldn’t have thought it would be this cold at Easter time…..CHRISTMAS, yes, but not Easter, and most people have this parka ( I saw 1 person in church with it and almost everyone in Toronto has it) as sort of a “status symbol” but I just got it to keep warm as I’m tired of freezing every winter and it only gets worse each winter, although I do have to admit it does feel kind of nice to have something “trendy”,too, esp. with wearing old clothes so worn out they have holes in them so I’m not used to this and it’s really a luxury and a treat! My mother blanched and gasped at the price but you only get what you pay for and it will end up “paying” for itself and will last; it’s not like I’m going to outgrow it or anything.

The 8 YR old also asked why 69 is “such a ‘funny’ number”  and makes everyone always laugh so I just told him because it’s the same number turned upside-down, and when I said I’d risk my own life to save Buddy( if a coyote or something came after him during a walk, for example, I’d get in-between them) my mother snarled sarcastically, “Oh, and leave your own kids without a mother?”(not that they’d even care or miss me,anyway) and scoffed, “I thought it was FAMILY *first*, BEFORE animals?” She also said if he bites the 8 YR old again that SHE’D bite HIM, too( ha, now I’d like to see THAT! and as if he’d let her!) and  they say I’m an “animal freak” now too and I told them, “No, just a ‘Buddy Freak'” because I love him so much but isn’t that what love IS? I’ve also been farting like crazy for the past few days and I wonder if it’s possible it could be a side-effect of my new meds,perhaps? Can excessive farting even BE a side-effect?

It was Earth HR yesterday night as well where you are to turn off all your lights for an HR but we don’t go for any of that hug-a-tree earth loving enviro indoctrination crap so in a defiant act of silent protest we turned all of OUR lights ON during that HR just to thumb our noses at the enviro-freaks and we weren’t alone,either; I saw a survey said 60 % of people weren’t observing it,either.Ha ha!