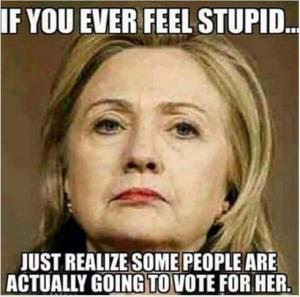 Life with Asperger’s is very hard. You feel like an alien living in another world that isn’t meant for you, living among people that don’t understand you and among social rules and norms that you don’t understand. It’s always being on the outside looking in. It’s like everyone else except you got the handbook to life and like everyone else knows all the secrets of social etiquette and social graces but you missed out on. Everyone else can understand body language and unwritten rules but you missed that lesson. It’s like a fruit among a world of vegetables, a fish out of water, struggling hard, trying to adapt to an environment that doesn’t accept you and where you never fit in or belong, where you are always different than everyone else and they’re always quick to ostracize and bully you and to let you know it. It’s always being the odd man out and drowning in a world where you are expected to swim. It’s very isolating and it’s hurtful as well being hated and blamed for something that we have no control over and wish we didn’t have,either.

As well, Dr. Dumb-Ass DID prescribe me the WRONG diuretic; he was *SUPPOSED* to switch me to one that didn’t absorb potassium but when I got the pills from the pharmacy I Googled what I got and it said it still does absorb it( so it’s no different than what I’m already taking now)….AND he doubled the dose,TOO, so it would absorb TWICE the potassium twice as fast,too! That guy is such a f*cking moron and I’m so MAD! It’s not the first time it’s happened,either; he always screws up my meds and he ordered the wrong blood test as well! The 11 YR old also calls the 13 YR old “Pipsqueak” because she’s tiny, and she saw a wet baby mouse on the windowsill above the kitchen sink and the 17 YR old found one running around in the trash can in his bedroom!

When I was outside a neighbour walking by said to me, “Your hair is back!” and I replied, “Yeah, I grew it in!” and my hubby noticed my boobs are now half the size they were and they may even end up smaller once the swelling lessens and now the stitches are even itchier and it drives me insane and I’m finally able to sleep on my side but my back’s really sore now,and there’s no friendship better than the love and companionship of an old dog,either, and both Buddy and I are going grey and we can both grow old together and I think there must be a special bond between dogs and autistic people as well; he’s a great therapy dog and does wonders for me emotionally and has greatly helped my depression, lifted my spirits and brings me a joy like nothing else ever has and we have such a strong close bond it’s almost indescribable! He truly is my best friend and an answer to prayer.