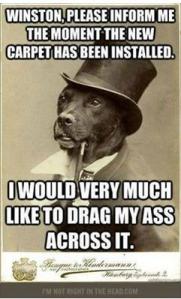 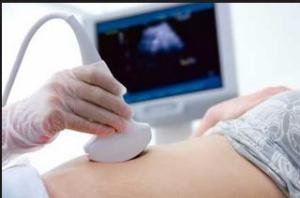 Yesterday I went to the hospital and had my abdominal scan done. It felt sort of weird having an ultrasound without being prego though! My liver, pancreas, aorta, spleen, and kidneys were scanned. They didn’t do my stomach and the technician said the adrenal glands don’t show up in an ultrasound( shit….that was one thing I wanted done as I wondered if it might be an issue) and the lungs don’t either and they didn’t scan the stomach either so I asked why I wasn’t allowed to eat or drink from the night before and she said if the stomach has food ,fluid, or gas in it and it’s full and expands it blocks the view of the other organs and they can’t see them to scan so they want the stomach to be “flat” and empty. I also had to take in deep breaths and hold it while she scanned so that she was able to see the organs more clearly( the lungs had to be out of the way) and I had to do it so many times that I was dizzy! The whole scan took 30 min.

Of course they never actually tell you anything, and she said my doctor will have the report in about a week, but I noticed that she scanned my liver and my kidneys( esp. my right kidney) alot longer than anything else, in fact, she spent longer on them( and on taking measurements of something) than on all the other organs combined so I’m pretty sure that they found *something*, and that’s how it was before when I had the gallstones,too;they spend forever going over the gallbladder and sure enough….of course they normally scan the gallbladder with this exam as well but I don’t have one anymore so it was one less organ for them to scan. I would also normally be embarrassed laying there with my big ‘ol fat hippo gut hanging out but the technician was even fatter than me so I didn’t feel so bad afterall, and by the time I got back home it had been 16 HRS since I last ate and I was FAMISHED and I don’t know *how* the Muslims can do it every day for an entire MONTH for Ramadan, and the worst of it was I was so thirsty not being able to drink( and I get really dehydrated quickly) and my mouth was so dry so I had to chew some gum to get some moisture in there; I normally don’t even chew gum as I think it’s uncouth and very unbecoming( it looks like a COW chewing on it’s cud!!!) but I was desperate here and it really did help.

So what do I suspect? I think the bile duct in my liver is still enlarged and as for what’s obstructing it? A tumour, perhaps, or maybe scar tissue from my gallbladder surgery, and I suspect something with my right kidney as well, which would make sense with my high BP, low potassium,fluid retention, swollen legs,etc., and the dull nagging pain I get on my lower right side/back, but soon we’ll see…I just hope that whatever it IS, that it clearly showed up on the scan…if it’s something really BAD with the kidneys I wouldn’t go for dialysis though; 8 HRS or so a day several times a week…..no way….I wouldn’t go for that shit….I know someone who used to have to go thru that….not for me, no way…screw it!