I went back to the medical marijuana clinic again for my consult with the doctor and THIS time they actually DID have my app’t written down! The place smelled even more like weed than before,too, like someone had just finished smoking some; it was really “raw” and fresh, and I commented, “I recognize that smell!” It was so strong too when I came out my hubby groused, “You REEK!” and opened the van windows to air out the smell! The consult was a video online conference thing on VSee, which I have never done before but it went well and didn’t last too long. I’d say the doctor was probably in his 30’s, but I was expecting an old sterortypical hippie type with long hair in a ponytail! 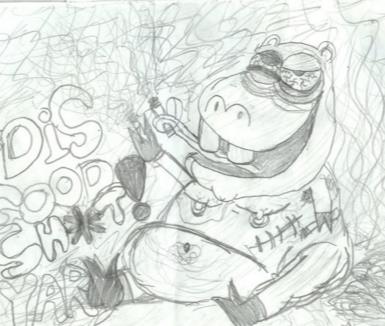 He asked me about my migraines, how long I’ve had them for, what they’re like, how often I get them, how long they last, to rate them on the pain scale from 1-10, and what the difference is if I use cannabis or if I don’t, and then he said that it’s obvious that it helps and that life with my crippling migraines is a life of constant pain that renders me immobile that cannabis alleviates and approved my prescription for medical marijuana and said it’s for a gram a DAY…..before I only used a gram a WEEK, which equalled 2 joints a week!I just hope that I can afford it and that I’ll have enough $$$!( a gram is 10$-15$ depending on the quality) and he said he’ll send off my application to the gov’t for my medical marijuana license which will be approved since I have the prescription and it should arrive in the mail in about 10 days!

As for the “herb” I’ll be directed to a  licensed grower that they’ve selected (when my license arrives) and I order it online and it’ll be shipped right to my door and takes only about 3 days or so to be delivered! Wow….that just seems so…..easy…and convenient! My hubby was still going on about how much it stinks but I told him that I DON’T want to hear any MORE about it as I DID everything he asked: it’s legal, safe, regulated, I went thru all the trouble, time, hassle, forms, expense, etc. and got a prescription and license, etc. like he wanted; it’s all legit and safe and legal, and I promised that I won’t smoke it in the house. He also jeers that I have the health of an 80 YR old. He should just be grateful that HE has good health…..for now.It’ll catch up to him eventually,too….

Error: Twitter did not respond. Please wait a few minutes and refresh this page.