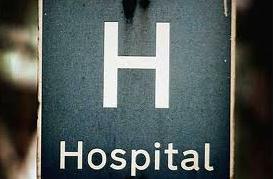 The 18 YR old is now in the bigger hospital in the psych ward in another town but not without difficulty; they didn’t want to transfer him there by ambulance and even told us to take him there by taxi(my hubby was in no condition to drive)….to another town(and then we’d also have to get BACK!) which would cost a fortune and we can’t afford so they finally relented. They are sooo inept here, and we went to visit him again but they said he’s there on a “volunteer” basis, actually because I insisted they take him or I’m going to sue them as he’s not stable to come back home yet yet despite his second suicide attempt in 4 months  they gave him a day-pass and said he can leave any time he wants so they’re obviously NOT taking this seriously enough and he’s not getting the help he needs and we’re trying so desperately to help him but now he’s 18 unless he signs a release form the staff can’t discuss anything with us so our hands are “tied” and we’re just left hanging, unable to help him but I’ll do whatever it takes to make sure he gets the treatment he needs even if I have to invoke Power of Attorney and have him declared of unsound mind and as his legal guardian I can have him involuntarily committed for as long as it takes until he’s stabilized.I suspect he may have bipolar like I do, esp. given that these things often have a genetic factor ,and if so, it needs to be treated with medication. His mind is playing tricks on him and he needs help.

My hubby said he doesn’t think he’ll survive the YR and that worries me,too; it’s just a matter of time before his suicide attempts are successful, esp. if no one is willing to do what it takes to help him and we’re powerless to intervene and my hubby has basically just given up saying there’s nothing we can do and if he does eventually end up succeeding in killing himself he may be better off, his pain quieted and his unhappiness ended but ours would have just begun, and when I asked him how does he think WE’D feel if he died he said he doesn’t care and didn’t really think about it(and there are many people that DO care about him, even if he doesn’t realize it), whereas when I tried to kill myself I DID consider how it would affect my family, only I figured that they’d be glad to be rid of me and would be better off without me.

I also have seen the perspective from BOTH sides now as well; as both the suicidal person AND as a loved one dealing with the fall-out of a suicidal person so I think this gives me a “unique” understanding that others may not have, and the whole situation is so stressful and fraught with worry I’m hardly eating or sleeping and my nerves are shot; I feel like I have jet-lag and I’m walking around in a “fog” and with a sick feeling in the pit of my stomach, yet I also truly believe that you don’t die until it’s your time,either,  until God calls you back Home, explaining why both he and I survived our suicide attempts, because it wasn’t our time yet and God still has plans for us. Jesus was also a Man of sorrows so He is close to the broken-hearted and those crushed in spirit.

What “gets” me too is how everyone is supportive of him( as they should be) with his struggles yet they aren’t with me and mine; *I* just get blamed, hated, criticized, and ridiculed for mine, there’s never any sympathy, understanding, or support for me….