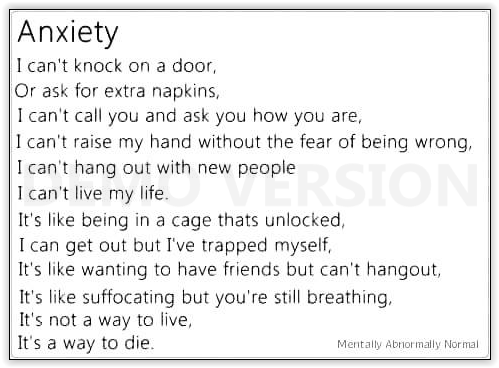 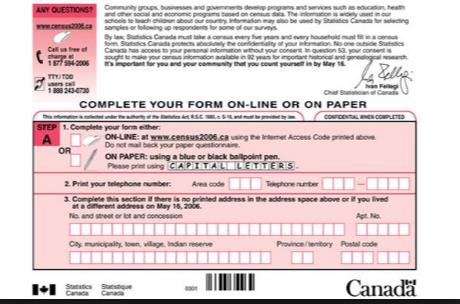 It’s census time again and after the former Conservative gov’t had gotten rid of the long-form census that everyone hated and complained about NOW the new Liberal gov’t has brought it BACK and now the census is mandatory,too, whereas before it was voluntary, so, of course, whenever Big Brother dictates something is mandatory I tell them, “F*ck you!” and rebel at their Fascist abuse of power and refuse. I think it’s an invasion of privacy and very intrusive. They even get access to your income tax info and other personal stuff AND pass on that personal info to others, incl the AMERICAN gov’t! WTF? They can take their census and shove it up their ass!

As well, one of our cousins in Europe just found out she has 3 brain tumours and they’re secondary tumours so she has cancer somewhere else and it spread and they’ve just given her 3-6 months to live, and my hubby went to the ER for his bad cough, so violent his chest hurts and he has a headache from coughing and he had to wait 5 HRS to be seen…and after all they that they just said he “has a cough” and told him to take cough medicine! They never even did a chest X-ray,either, so how can they be sure? Duuuuhhhh… The oral surgeon also called and I have an app’t next month and it’s been so long( 6 months since I saw the periodontist that referred me!) I had almost given up hope and pretty much forgotten about it!

I found out as well when the 18 YR old stormed out of the house and left home a few days ago he’d been cutting his arms again as well and he’s cut off all contact so we have no way of knowing how he is and my mother said she thinks about him all the time,too(just like I do) and wonders and worries about him and even with him gone now the 9 YR old  should be back sleeping in their room but he’s STILL sleeping in my mother’s bed with her….he probably will be until he moves out(for university later) himself…she coddles and babies him so much! He taunted me as well that I “can’t even do simple tasks” when I was having trouble with the TV remote( we have one of those “Smart” TV’s and it’s so complicated and confusing.)

My hubby also told me to “Stop repeating!” even though I don’t even realize I DO it and it’s just a part of my Asperger’s I can’t help and he’s so scolding and condescending it makes me feel ashamed and embarrassed and like a little kid being reprimanded  and he insults Reggae( that I love) too, calling it “Pot music”, “Druggie music” and “Stoner music” and says it’s “not even music”(he doesn’t realize alot of it is spiritual and praises Jah=God) but I just consider where it comes from; from someone who likes redneck *country* music, so he obviously has NO taste in music, if you can even CALL that music; all they do is complain how someone stole their woman, their dog, their truck, etc.

I also smoked a doobie outside and even though all the windows and doors in the house were closed my mother swore she could still smell it and that it “ruined her breakfast” and then she said she was “dizzy” and “staggering all over” and said she got high from the second-hand smoke yet I highly doubt it with all the windows and doors closed; how would the smoke have gotten in? I think she’s just using another excuse to put me down again, and the 21 YR old doesn’t like weed; it got him really depressed even though normally it relaxes you and makes you feel mellow.

One thing that bugs me as well is people on Facebook posting complaining about helping the Syrian refugees is that people should be “helping their ‘own'” first, but *I* think it shouldn’t MATTER; you should just help whoever has the greatest NEED, no matter WHERE they’re from, and what makes people HERE more “deserving” than others, anyway? Why can’t you help BOTH? Just because you help one doesn’t mean that you can’t help the other,too…