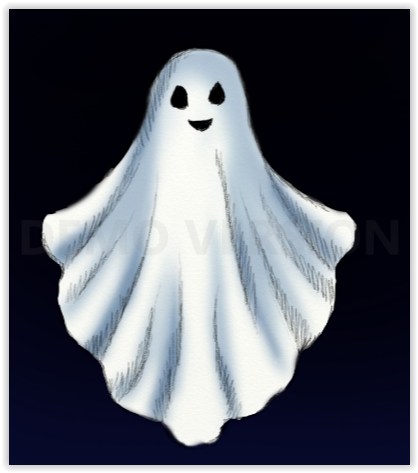 The kids are convinced we have a ghost in our house and they’ve named it “Harold.” They hear bumps in the night, voices, laughing, and doors that open and close on their own, even though I tried to explain to them that it was probably just the wind blowing in thru opened windows opening and closing the doors…..and they said that when Buddy gets all riled-up during the night and scratches at my bedroom door and senses something in the hallway behind it that it’s Harold. It IS an old house, over 100 YRS old, but we’re only the third owner and as far as we know no one has died here in the house and there haven’t been any murders committed here and when we first moved in we did have the priest come over and bless the house and I don’t think it “expires” or anything….so now when anything unexplained happens or something falls over by itself,moves, or is misplaced, for example, they say “Harold did it!”

I also rescued a BAT that I saw fall into the pool and struggle so I scooped it out(with the net) and at first I actually thought it was a bird and I’ve scooped out too many dead squirrels, chipmunks,and birds out of the skimmer after it was already too late but this time I saw it and I couldn’t just sit there and watch it drown, I had to save it. I had problems with the wifi and my iPod as well and asked the 15 YR old for help but she was apparantly “too busy” to take a few minutes out of her schedule to bother to help me…and then they wonder WHY I think my family sucks! I also blocked those bitches on Patti’s Facebook that were harrassing me for speaking God’s truth as I don’t need  that shit in my life and at least I have the peace of mind knowing that on Judgement Day God can say to me, “Well done, good and faithful servant.” It matters what HE thinks of me ,not what the world thinks.I’m disappointed in Patti though,she’s supposed to be my friend and she never came to my defense and she even sided with them,and she wasn’t supportive of me after my recent suicide attempt,either.

I also somehow managed to get into *ANOTHER* online argument with my friend I(from grade 8) and her husband who are both mail carriers; she had posted on Facebook about the upcoming mail disruption due to yet another labour dispute and I had replied that the public isn’t interested in any of that who’s right and who’s wrong or any of that union crap; that we’re just tired of all the frequent mail strikes and we just want our mail delivered…and then they tore into me that I’m “ignorant” and that it’s their livlihood and “doesn’t MY husband want to negotiate a fair contract so that *I* can ‘sit around’ all day”at home and I “can’t say anything since I don’t work”, etc. and I told them that raising and homeschooling all the kids is NOT “sitting around” and at least I’m *home* with MY kids and don’t farm them off to be raised by strangers; that I raise my own kids and don’t have other people do my job for me, and that they deliver mail for a living and it’s NOT rocket science and they get paid pretty well considering and in this economy they should be grateful to even HAVE jobs and NOT get greedy and push for more, and if they had gone to university they’d have White Collar jobs instead of being public servants and would have avoided this whole mess……so WHO’S the “ignorant” one NOW?

I always seem to say the wrong thing or have what I say get taken the wrong way no matter what I say, and then I get attacked, and then *I* get defensive and fight back, tired of always being attacked. Life with Asperger’s really SUCKS. I can never seem to get it right. I’m a curse and everything I touch I f*ck up. I fail at life.I’m a crazy motherf*cker, ha,ha.