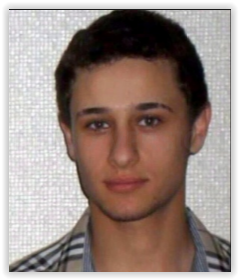 There has finally been justice for Sammy Yatim and his family after 3 long YRS! In 2013 the 18 YR old was fatally shot by a Toronto police officer (I refuse to name the piece of shit) while he was contained, alone on a streetcar, armed with a knife. It was an unnecessary and excessive brutal use of force and for the first time in the country a police officer was found guilty of such a crime; he was actually *convicted* and sentenced to a 6 YR jail term! This NEVER happens, just like in USA police here shoot and kill people all the time and always get away with it…..but NOT this time! There was actually justice done! I can’t help but wonder though if the outcome would have been the same,however, if Sammy had been black….

During the crisis, Sammy was in a disturbed state, and within mere minutes of the police arriving he was shot and killed, there was no de-escalation, no negotiation, no crisis management, no trying to calm him down, nothing,  the officer just went straight to shooting him, something like 7 times, incl. several shots even AFTER he was already dis-armed and laying on the floor paralyzed and dying, in no way a threat. He never really WAS a “threat” to begin with, and certainly not a threat to warrant being shot; yes he had a knife, but he had let the other passengers off the streetcar and he was on it alone, with the police outside, talking to him thru an opened door, several feet away and they could have just as easily tasered him to get him to drop the knife and to handcuff and arrest him, there was no need to shoot him or to kill him.

The prosecution was asking for a 8-10 YR prison sentence for the killer cop( who never showed any regret or remorse during the entire trial,either) and the defence only wanted a measly house-arrest if you can believe it, with the minimum standard being a 5 YR jail term for that offence,and he got 6 YRS which is still pretty good considering cops always get away with murder and at least he got jail time although I was hoping he’d get the 10 YRS but at least it’ll set an example and hopefully make other cops think twice before they’re so quick to shoot and kill and will make them consider other methods in dealing with civilians first and in particular those that are mentally ill or in crisis.

Unfortunately he was granted bail and has filed an appeal, which can be a lengthy process, even up to a YR, and he will be free in the meantime, although still under house-arrest, and I was hoping he’d have to start serving his jail term while awaiting the appeal, but it’s true that he’s likely not a threat to the public now though since he’s been suspended from the police force and it was as a policeman that he WAS the threat. I’m glad that there has been some justice at last for Sammy and his family and even though nothing will ease their grief or bring Sammy back at least this time the cop didn’t get away with murder like they usually do and hopefully it will set a precedent…..

….and the police wonder WHY the public doesn’t trust them……